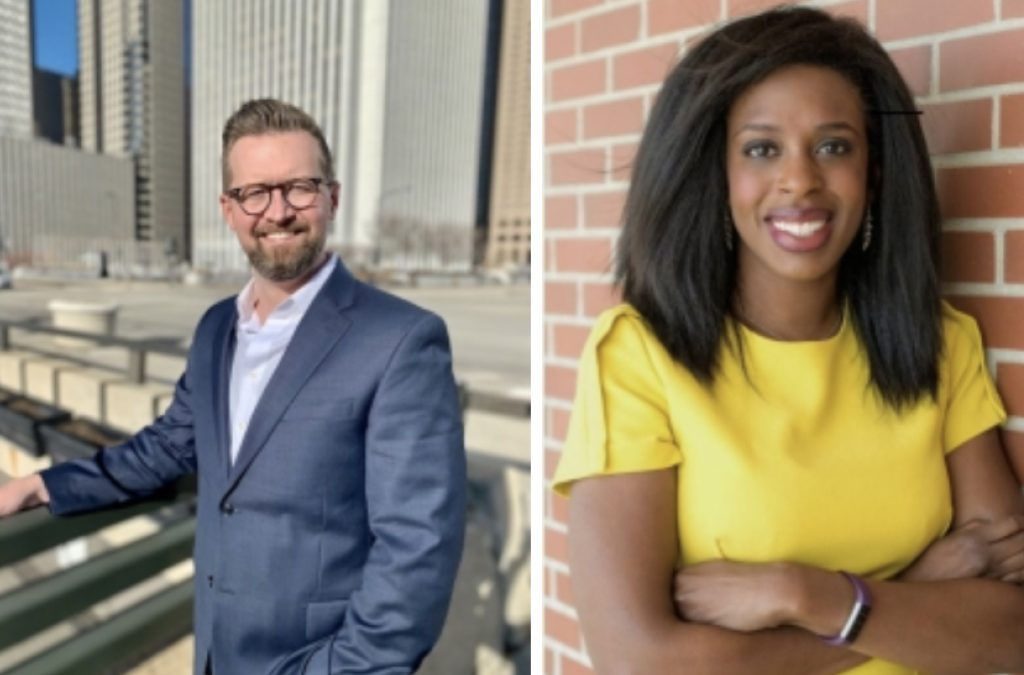 In an unexpected move, WLS-Channel 7 has chosen to go inside and outside the newsroom to replace the No. 2 news executive at the top-rated ABC-owned station.

On Tuesday ABC 7 announced the appointment of two assistant news directors to fill the vacancy left by Sarah Dunlap Burke, who resigned in August to become vice president and news director of WCBS, the CBS-owned station in New York.

“The collaboration of two outstanding individuals sharing insight and experience will extend ABC 7’s legacy of excellence and continue to set the standard for great journalism in Chicago,” John Idler, president and general manager of ABC 7, said in a statement.

A graduate of Bowling Green State University, Whitmire previously worked as a reporter/producer at WTVG, the ABC affiliate in Toledo, Ohio.

Faison joined WCVB in 2013 as a producer for the newsmagazine program “Chronicle” and was promoted to managing editor in 2019 and executive producer in 2020.

A graduate of Princeton University and Columbia University’s Graduate School of Journalism, Faison previously worked as a reporter/multimedia journalist for WTNH, the ABC affiliate in New Haven, Connecticut. In 2018 she participated in a Nieman Foundation Fellowship at Harvard University.

“I’m thrilled to welcome Doug and Nneka to these critical news management positions," Jennifer Graves, vice president of news at ABC 7, said in a statement. "The combination of their leadership skills, news acumen, dedication to storytelling and commitment to the community makes them the perfect choices to help lead Eyewitness News.”

Nielsen’s November sweep delivered a decisive victory in late-news ratings for ABC 7, which finished first in total households and first among viewers between 25 and 54.

Monday’s comment of the day: John Dempsey: I first worked with Cisco in the late 90’s at WMAQ, around the time I met my friend Pat Cassidy. Then Cisco replaced Pat and Mancow in the midday shift at WLS in 2010, so it is entirely appropriate that Cisco now inherits the headphones (and the alarm clock) from Pat at WBBM. This is a perfect choice by Ron Gleason and the natural choice. Cisco knows no one can ever fill Pat’s shoes but I know of no finer person to take the mantle of Morning Anchor at Chicago’s top all news station. Well done my friend and congratulations!!