A Chicago alderman and former Democratic candidate for governor has announced plans to launch One Illinois, a statewide, nonprofit digital news outlet, in April.

Billed as nonpartisan, the progressive news site clearly will be aimed at countering the conservative Illinois Policy Institute and Breitbart News, among others. END_OF_DOCUMENT_TOKEN_TO_BE_REPLACED 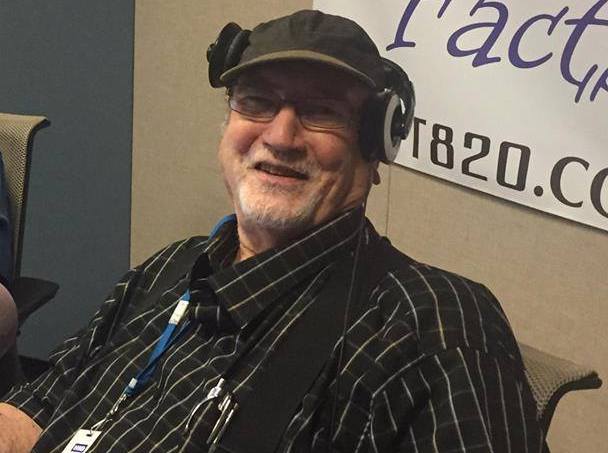 When Dick Kay called it quits in 2006 after 38 years at NBC-owned WMAQ-Channel 5, the veteran political editor and reporter had no particular plans for his retirement.

A brief stint working to promote then-Governor Rod Blagojevich’s health care plan seemed to signal the end of Kay’s long and illustrious career in broadcasting. But in March 2008 an opportunity beckoned to do radio any way he wanted. END_OF_DOCUMENT_TOKEN_TO_BE_REPLACED 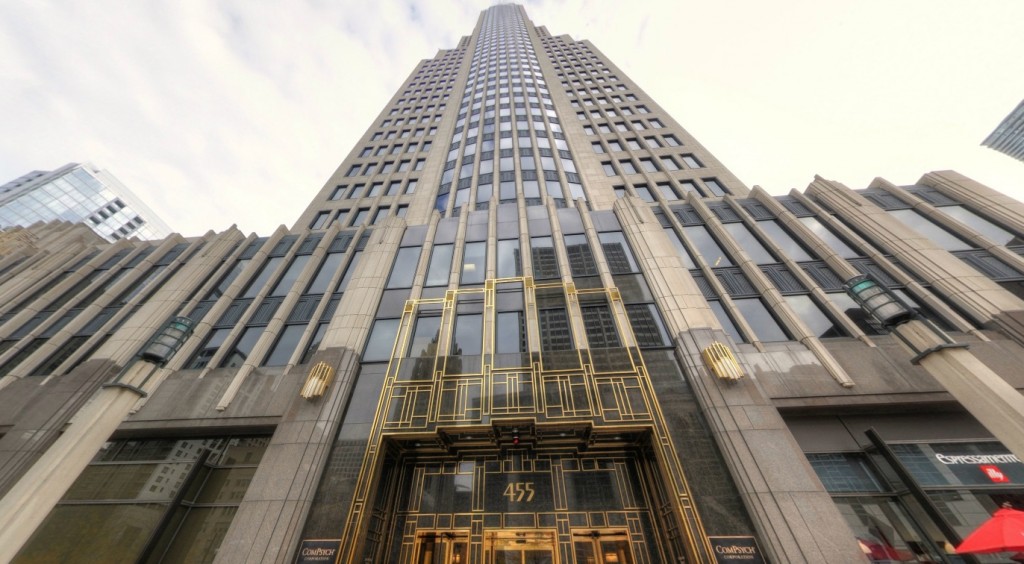 NBC coverage of the Winter Olympics helped propel WMAQ-Channel 5’s 10 p.m. newscast to first place in key adult demographics, but may not have been enough to win the gold in overall viewership. With two days left in the February sweep, the NBC-owned station holds a comfortable lead among viewers between 25 and 54. In total households, however, ABC-owned WLS-Channel 7 appears poised to finish first in the late-news race. Analysts say it would be very unlikely for NBC 5 to overtake ABC 7 at this point. END_OF_DOCUMENT_TOKEN_TO_BE_REPLACED 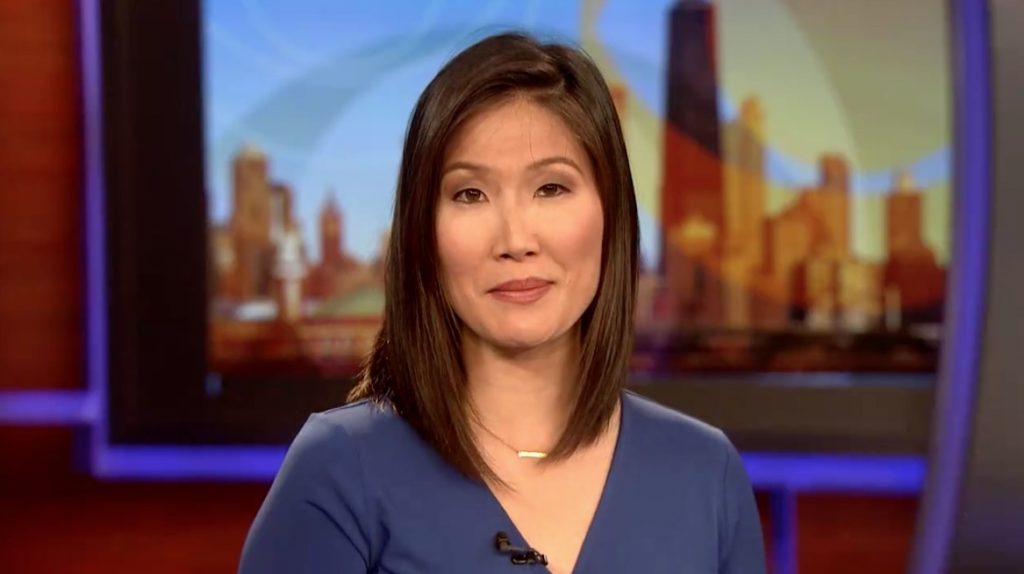 Susanna Song has chosen not to renew her contract after more than seven years as a general assignment reporter at WBBM-Channel 2. Her last day at the CBS-owned station will be Friday. Song has accepted a new job as director of communications and marketing at High Wire Networks, a tech company based in west suburban Batavia. “This new role will give me the time and flexibility to maintain a career while still be the best mother for my two young kids,” she said. “Who knows what the future holds, but this is undoubtedly the path that feels right for now and I’m excited to see where it all leads.” A native of north suburban Buffalo Grove and graduate of Stevenson High School and the Medill School of Journalism at Northwestern University, Song joined CBS 2 in 2010 from KSTP, the ABC affiliate in Minneapolis/St. Paul. END_OF_DOCUMENT_TOKEN_TO_BE_REPLACED 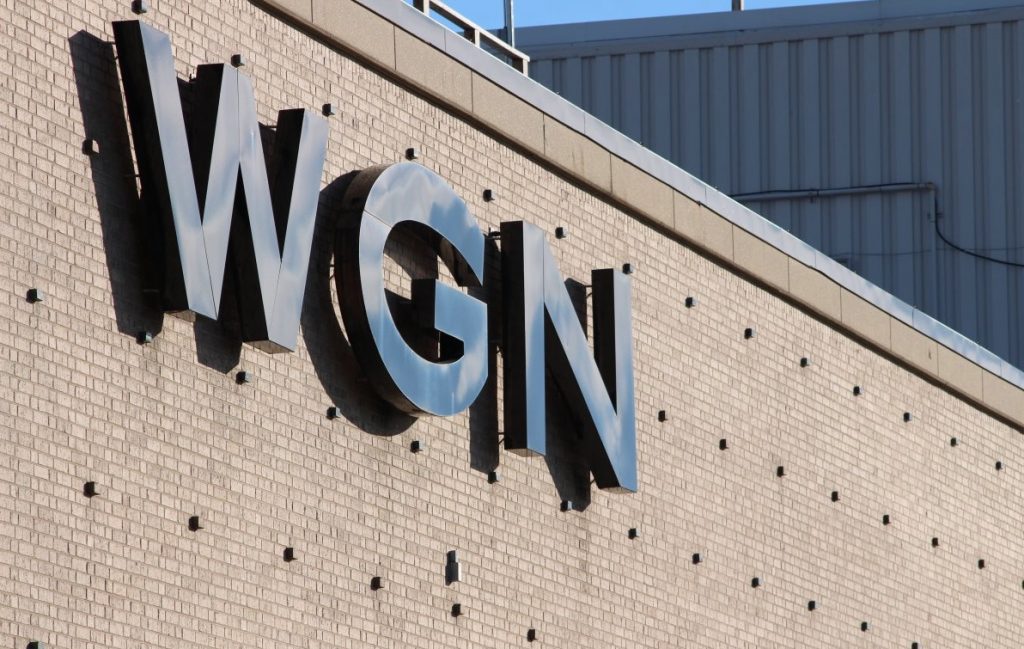 Sinclair Broadcast Group plans to sell WGN-Channel 9 and stations in New York and San Diego to comply with ownership limits as part of its amended $3.9 billion proposed merger with Tribune Media, according to a filing Wednesday with the FCC. But that doesn’t mean it won’t be taking over “Chicago’s Very Own.” Even if Sinclair transfers the license for WGN, the company still plans to operate it (and WPIX in New York) under “shared services agreements” with separate licensees. “It’ll be one of those arrangements where, for all intents and purposes, they still own and run the stations,” said a former FCC staffer, who called it “a complete and total evasion of the rules.” In any case, Sinclair is expected to own Tribune Media news/talk WGN AM 720 outright. The controversial merger still awaits FCC and Justice Department approval. END_OF_DOCUMENT_TOKEN_TO_BE_REPLACED 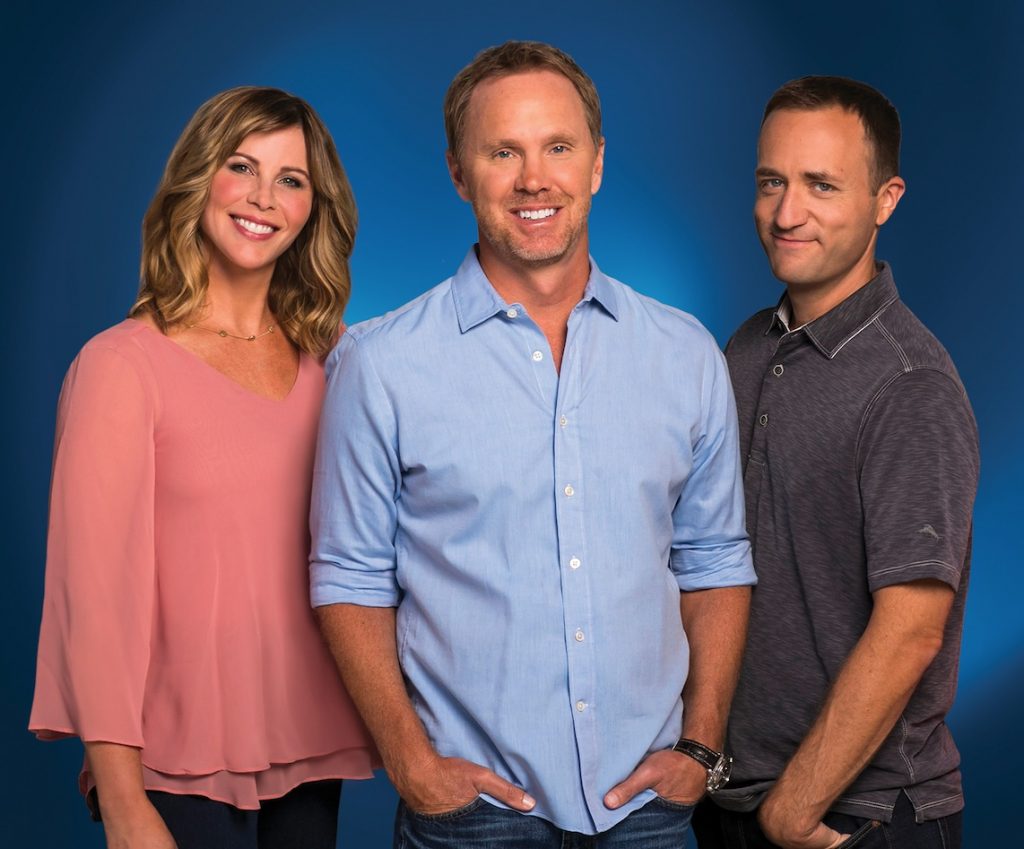 Nielsen Audio figures for the four-week period from January 4 to 31 showed the longtime morning star of WTMX FM 101.9 still solidly No. 1 among all listeners and those between 25 and 54 — the group most coveted by advertisers.

Since the departure of co-host Kathy Hart from the Hubbard Radio hot adult-contemporary station last year, Ferguson has shared billing on “Eric in the Morning” with Melissa McGurren and Brian “Whip” Paruch. END_OF_DOCUMENT_TOKEN_TO_BE_REPLACED 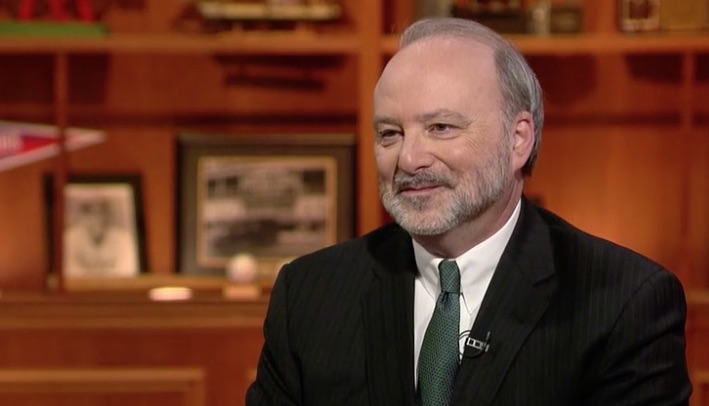 In what he described as “a personal decision,” Robert Reed is calling it quits after 18 months as lead business columnist for the Chicago Tribune.

The veteran Chicago journalist and former editor of Crain’s Chicago Business said he’s not sure what he’ll do next, but felt the time was right to move on. His resignation is effective March 2. END_OF_DOCUMENT_TOKEN_TO_BE_REPLACED 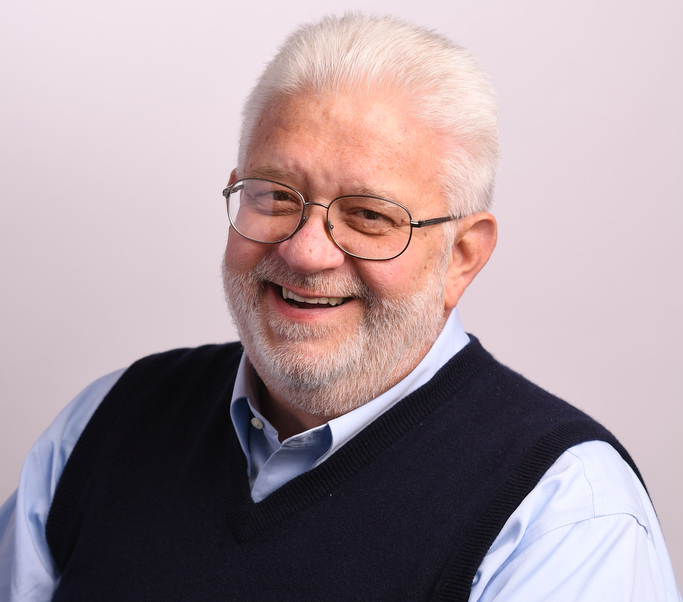 His last day on the morning show will be July 27. After that, he will work on special projects for the station, according to Window to the World Communications, parent company of WFMT. END_OF_DOCUMENT_TOKEN_TO_BE_REPLACED 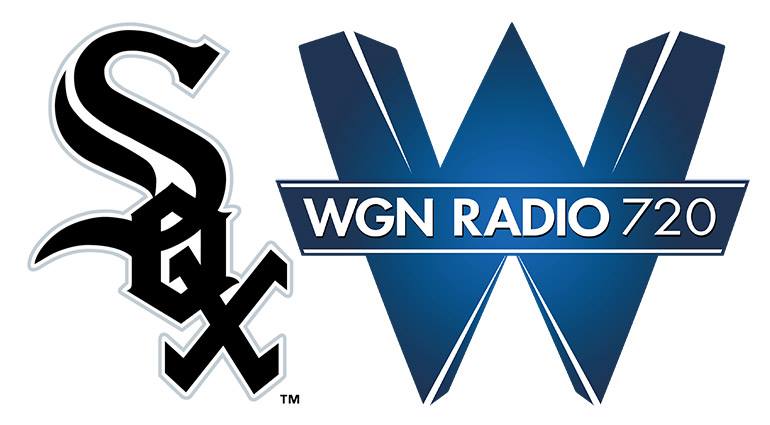 With Chicago White Sox broadcasts moving to WGN AM 720, the Tribune Broadcasting news/talk station has designated Andy Masur to host its pregame shows, and Mark Carman and Adam Hoge to split hosting postgame shows. Just hired as executive producer for White Sox baseball is Dave Zaslowsky, who held the same position at Cumulus Media news/talk WLS AM 890, the team’s former radio home. Friday marks the opening of the 2018 Cactus League season, with announcers Ed Farmer and Darrin Jackson returning to the booth for their 10th season together. END_OF_DOCUMENT_TOKEN_TO_BE_REPLACED 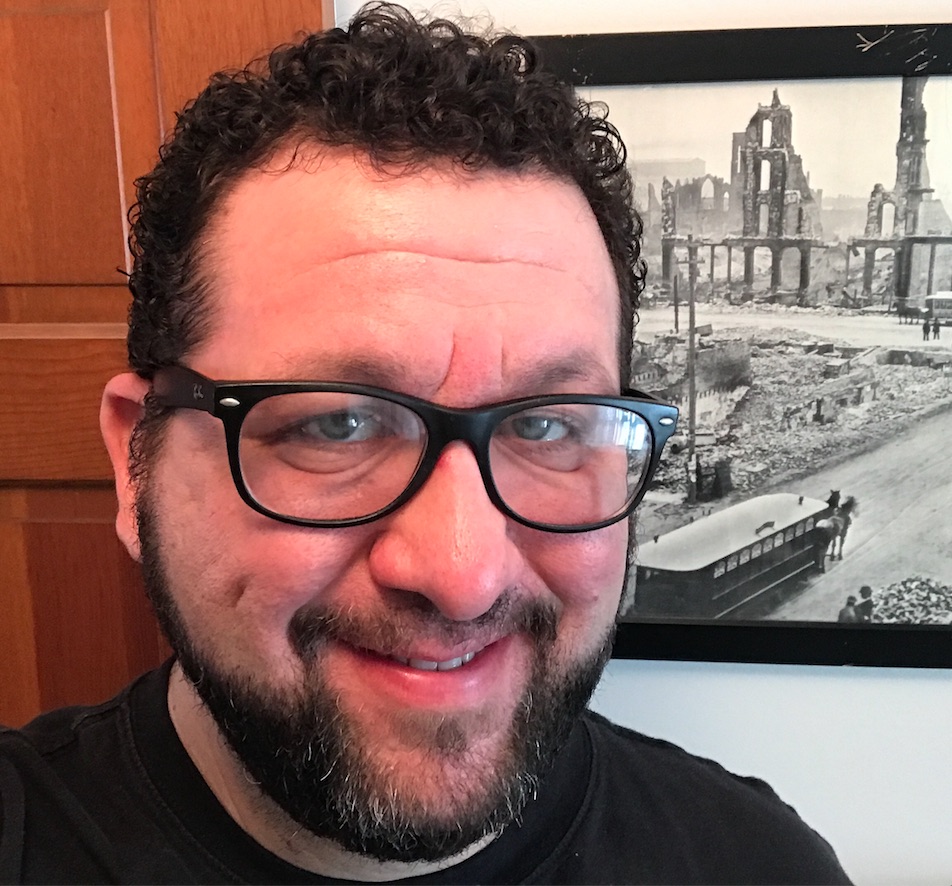 Mark Konkol, who promised to “set a new vibe, take risks and make waves” at the Chicago Reader, was forced out Saturday as executive editor of the alternative weekly after the first issue he oversaw ignited a racial and political controversy.

The cover of the February 15 edition featured a caricature of J.B. Pritzker, the Democratic candidate for governor, sitting atop a black lawn jockey and blowing black smoke while an FBI agent listens in on his phone conversation. Three stories inside focused on Pritzker’s wiretapped call in 2008 with former Governor Rod Blagojevich in which they talked about African-American politicians. END_OF_DOCUMENT_TOKEN_TO_BE_REPLACED