StreetWise, the nonprofit weekly magazine spotlighting homelessness, poverty, injustice, inequality and life in Chicago, raised its cover price Monday to $3. The one-dollar increase was the first in almost 15 years and the third in the publication’s 30-year history. StreetWise’s 111 vendors — mostly homeless men and women — will get a 75-cent raise to $1.85 per issue. “Given the inflationary pressures of producing a weekly news magazine and customers’ desire to help the homeless, nearly all stakeholders supported this decision,” Julie Youngquist, executive director of StreetWise, said in a statement. 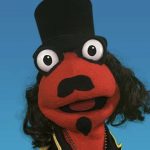 Our favorite fishy friend is about to take a break. Toony the Tuna, the wise-cracking fish puppet best known as Bill Leff's sidekick weekday mornings on MeTV's "Toon In With Me," has been hosting a limited-run series of his own since March. Voiced by Kevin Fleming, "Sventoonie" has been following Rich Koz's "Svengoolie" with recaps of classic horror films, comedy sketches and video shorts. Starting July 23, "Batman" will air in place of "Sventoonie" at 9 p.m. Saturdays. But look for the popular piscine to return for a new season this fall.

Friends of the Chicago Reporter will celebrate 50 years of investigative reporting on race and equity with two special events in July. A party will be held July 21 at Bronzeville Winery, followed by a screening and panel discussion about the work of the Reporter July 22 at Columbia College. Panelists will include Tonika Lewis Johnson, Ben Joravsky, Kevin B. Blackistone, Lucio Villa and Angela Caputo. Excerpts from an alumni-led oral history project will be interspersed throughout the discussion. (Here is the link to register.) Founded by civil rights activist John A. McDermott, the Reporter published its first issue in July 1972. 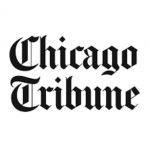 Chicago Tribune confirmed a report here that hedge-fund owner Alden Global Capital has a contract to buy the Milwaukee Journal Sentinel’s idled printing plant in West Milwaukee. The Tribune's current facility at Freedom Center, which is owned by Nexstar Media Group, is slated to become the site of a Bally's casino. “We have been working with the parties to find a solution that works for everyone, with a focus on ensuring the print edition will continue to serve our readers,” Par Ridder, general manager of Chicago Tribune Media Group, told reporter Robert Channick. “No decision has been made to move printing operations to Milwaukee.” 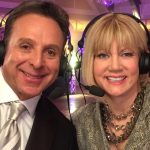 Chicago TV’s longtime king and queen of New Year’s Eve are getting back together for one midsummer’s night in Michigan. Janet Davies will host a candid conversation with Mark Giangreco August 13 at The Acorn, a nonprofit performing arts venue in Three Oaks, Michigan. (Here is the link for tickets.) Davies promises “a very funny and unpredictable evening.” Former sports anchor Giangreco and former entertainment reporter and program host Davies co-hosted New Year’s Eve countdown shows for two decades on ABC-owned WLS-Channel 7 before they were cut in 2021. 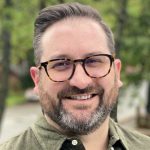 Monday’s comment of the day: Joe Cappo: Are you trying to tell me it was Len O'Connor who ended his commentaries by saying "And I am Len O'Connor"? Weird.