Employees of Tribune Publishing newspapers — including the Chicago Tribune — were up in arms Wednesday over a company email purporting to offer them bonuses. “We are pleased to inform you that we are providing targeted bonuses between 5,000 and 10,000 dollars this year,” it read. “Tribune Publishing is able to provide this bonus as a direct result of the success created by the ongoing efforts to cut our costs!" The email turned out to be a simulated phishing attack designed to test the vulnerability of recipients to cyber mischief. Coming at a time of pay cuts, furloughs and newsroom closings, Tribune staffers were incensed by the scam. The Chicago Tribune Guild called it "a heartless, insulting and tone-deaf exercise." Amid the uproar, Tribune Publishing released this statement: "Today the company conducted a regular, internal test to assess and reduce its current phishing and malware risk level. Based on input provided by the company’s cybersecurity team and advisors, the content of that test included language regarding employee bonuses. Having fallen victim to attacks of this nature before, the company recognized that bad actors use this type of language regularly, and decided to use the language to simulate common phishing scams. The company had no intention of offending any of its employees. In retrospect, the topic of the email was misleading and insensitive, and the company apologizes for its use." 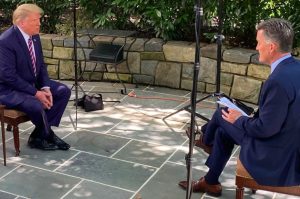 Joe Donlon’s disappointing interview with President Donald Trump Tuesday did little to help “News Nation,” the Chicago-based primetime news startup Donlon co-anchors on Nexstar Media Group's WGN America. The softball exchange produced no real news or even a memorable sound bite. Donlon never followed up on any of Trump’s standard riffs, including claims about his handling of COVID-19 and his assertion that “the press is fake." Dean Reynolds, a veteran of the White House press corps who now works as national political correspondent for “News Nation,” surely would have been more suited for the task. Ratings for Tuesday's newscast peaked at 218,000 viewers in the 7 p.m. hour (when the interview aired). By 9 p.m. viewership was down to 54,000, according to Nielsen. 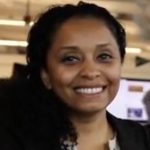 Rochell Bishop Sleets, deputy editor of Life+Culture at the Chicago Tribune, has been promoted to director of content. “In addition to being an innovative editor, Rochell has been a leader in advocating for newsroom diversity and inclusion,” managing editor Christine Taylor wrote in an email to employees. “She has worked tirelessly on steering committees, building resume databases, attending conferences, and serving as a mentor to ensure that all voices are heard and respected and that everyone is provided equal access to opportunity. She is an important voice whose presence on the masthead is well earned.” A graduate of Howard University and National Louis University, Sleets worked for the Kansas City Star and St. Paul Pioneer Press before joining the Tribune in 2007 as senior content editor, digital specialist and art director. 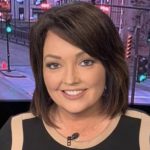 A virtual hug to Susan Carlson, who's wrapping it up next month as a Chicago news anchor and reporter.  For three decades — on both TV and radio — Carlson brightened every broadcast she was on. "It’s been a great run," she announced on social media Wednesday. "I’m setting up shop as a voice-over artist and audiobook narrator. In addition to fulfilling a new passion, this will allow me to work out of my home to better care for my family." Since 2013 the south suburban Dolton native has been at NBC-owned WMAQ-Channel 5. "Susan’s experience and Chicago roots have been a great part of our team for the last seven years," said Frank Whittaker, station manager and vice president of news at NBC 5. "We wish her the best in the future." 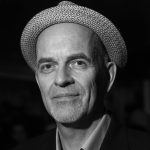 Dag Juhlin, the multitalented Chicago musician and co-host of Steve Dahl's daily podcast at dahl.com, is launching a radio show of his own. Starting this weekend, "The Sunday Night Club" will air from 8 to 9 p.m. Sundays on Huntley Community Radio WHRU 101.5-FM and online at HuntleyRadio.com. Juhlin's new show is described as "a wide-ranging mix of music, with a few comedy bits thrown in [that] will hopefully straddle the space between overnight free-form radio and a diverse Top 40 chart from the days of his youth." Juhlin, a Park Ridge native who now lives in Woodstock, also worked with Dahl at Cumulus Media news/talk WLS 890-AM. He's been a guitarist for Poi Dog Pondering since 1992. 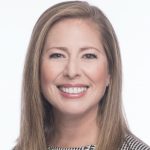 Sandra Cordova Micek, president and CEO of WTTW-Channel 11 parent company Window to the World Communications, has been elected to the board of directors of PBS. Her three-year term as a professional director on the 27-member board was announced Wednesday. “This is a watershed moment for public media, and I believe our work as a system plays an important role in shedding light on issues that impact and matter to our community," said Micek, who has headed WTTW since 2018. "I look forward to working with member stations across the country to ensure that our content and engagement across all platforms and in our communities are essential now and into the future.” 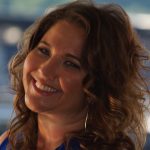 WCCQ 98.3-FM, the southwest suburban Alpha Media country station, has picked up "Life with Lindsay," a syndicated overnight talk show hosted by Lindsay Cochrane. Airing from midnight to 5 a.m. weekdays, the show features music, entertainment news and glimpses into Cochrane's life, including "her day-to-day observations, opportunities, challenges and rewards of being an authentic and positive woman in today’s world." Said Cochrane: “I’m looking forward to hearing the common experiences that unite us, the funny moments that define us, and the serious stuff that makes us stronger together."

A celebration of life will be held today for Mark Allen, a Chicago civil rights activist and former host on Midway Broadcasting news/talk WVON 1690-AM. The chairman, president and CEO of the National Black Wall Street Chicago, which promotes economic growth on the South Side, died September 12 after suffering an apparent heart attack at his office. He was 58. A Hyde Park native and graduate of Western Illinois University, Allen joined WVON as an intern and promotions assistant and later worked as a producer and late-night host. He also hosted a talk show for Urban Broadcast Media Network. Services will be at 11 a.m. today at House of Hope, 752 East 114th Street, in Chicago.

Wednesday's comment of the day: Stephanie Zimmermann: Chris [Fusco] has been rightly beloved by his staff these past several years — and he's leaving the newsroom in good hands. The Sun-Times is on solid footing with a real sense of esprit de corps. I'll miss Chris and Lori, as we all will, but I'm excited to see what they do in California. Good luck!