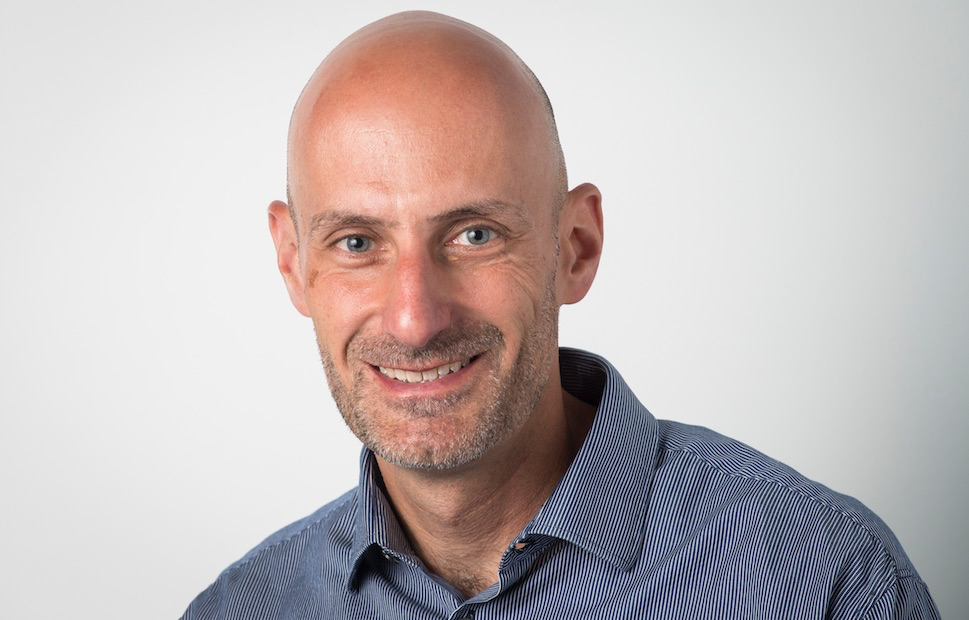 Chris Fusco, the veteran Chicago journalist who rose from reporter to executive editor in 20 years at the Sun-Times, is leaving to help launch an ambitious news startup in central California.

Fusco, 47, has been named founding executive editor of Lookout Santa Cruz, which will launch this fall as the first of a network of local news and information sites. He will lead an initial editorial team of 10, with plans for expansion to follow.

“We’ve said we’re dedicated to building a renewed standard of lively, trustworthy, high-quality, non-partisan journalism, and we are thrilled to have found the ideal editorial leader to shape that vision,” said Ken Doctor, CEO and founder of Lookout, and a longtime media analyst.

“Chris’s work at the Sun-Times has justly earned national recognition. His ability to both deliver the goods every day to readers, while building and mentoring a staff, matches the ambition of Lookout.”

Fusco's last day at the Sun-Times will be October 2. Until a permanent replacement is named, managing editor Steve Warmbir will serve as interim editor-in-chief.

"I’m not running from this place," Fusco assured his staff in a memo today. "I’m choosing to take everything I’ve learned here, move to the West Coast and join a start-up whose mission is to irrigate the growing number of news deserts across America.

"My new employer, Lookout Local, is headed by nationally known journalist Ken Doctor, whose trusted reports on our industry over the years have been a force for good. Now, Ken wants to bring news back to communities where journalism has all but dried up, starting in his hometown of Santa Cruz, California. . . . Between wildfires and the pandemic, not to mention California’s transportation and housing challenges, there will be no shortage of content, and I’ll learn a lot from a talented team that I’ve already begun building."

After working as a reporter for the Daily Herald and the Northwest Herald, Fusco joined the Sun-Times in 2000. As an investigative reporter, he won awards for his coverage of former Governor Rod Blagojevich and his investigation with Tim Novak and Carol Marin into the killing of David Koschman by a nephew of former Mayor Richard M. Daley. In 2016 he was named managing editor and later was promoted to editor-in-chief and executive editor.

Fusco grew up in southwest suburban Alsip, and graduated from Marist High School in Chicago and Illinois Wesleyan University in Bloomington. He is married to Lori Rackl, the former travel editor of the Chicago Tribune and Sun-Times.

“For me, Lookout is an opportunity to take everything I've learned in 26 years in the business and work alongside a talented and diverse team to right local journalism's ship,” Fusco said of his new role. “And the beauty of it is, I'll get to learn a lot more in a place like Santa Cruz, a community hungry for news in a state where there's no shortage of it.”

Here is the text of Fusco’s memo to Sun-Times staff:

Twenty years ago this month, I walked into our old building at 401 N. Wabash excited and scared. It was sensory overload: the presses in the basement, the Atex tubes on the desks, the cigarette smell from reporters huddled in the smoking room.

And then the F’s: Feder, Fornek, Frisbie and now, Fusco? Was I really good enough? Would I fit in?

I trusted so many of you, and you trusted me back, first as a co-worker, then as a manager. Working together, our newspaper has turned the corner, looming as large as ever in the competition’s rearview mirror.

Which is why I need you to trust me again when I say this:

I’m leaving the Sun-Times — and we’re all going to be OK.

I’m not running from this place. I’m choosing to take everything I’ve learned here, move to the West Coast and join a start-up whose mission is to irrigate the growing number of news deserts across America. My new employer, Lookout Local, is headed by nationally known journalist Ken Doctor, whose trusted reports on our industry over the years have been a force for good. Now, Ken wants to bring news back to communities where journalism has all but dried up, starting in his hometown of Santa Cruz, California, where I’ll be heading up an editorial team of 10 as Lookout’s executive editor. Between wildfires and the pandemic, not to mention California’s transportation and housing challenges, there will be no shortage of content, and I’ll learn a lot from a talented team that I’ve already begun building. If all goes well, I’ll help lead expansions of Lookout’s digital model into other markets.

It’s a ground floor opportunity that I can’t pass up. My last day here will be Oct. 2. Lori and I will begin driving to Santa Cruz the next morning.

And, yes, I’m excited and scared, just like that Tuesday after Labor Day in 2000.

A lasting image of the old Sun-Times building is the big Chicago flag Don Hayner hung in his office. It symbolizes why we do this, and it’s why our owners decided to save us when it looked like we’d be absorbed by the Tribune company in 2017. Our board chairman, Jorge Ramirez, is a pragmatist who’s grown to understand how journalism fits into our region’s ecosystem. Our lead investor, Michael Sacks, has dispatched talent from his financial firm to help us rebuild our business and keep us plugging away in the most uncertain of times. Before Michael’s arrival, Bob Reiter of the Chicago Federation of Labor played a key advisory role. All three get that this institution is bigger than all of us, and I’m as grateful to have worked alongside their talented teams as I am with all of you.

Our company directory isn’t as thick as it was 20 years ago, but the talent across departments endures.

My mind today turns to the W’s: Warmbir, Watson, Wright.

Steve will be interim editor-in-chief. He understands this newsroom better than anyone, has sound news judgment and a willingness to hear all sides of an issue before making decisions. Given that my transition began earlier this month under an agreement between Lookout and the Sun-Times, he’s already stepped up for all of you, and his plate is about to get even more full. Like me, he’s a firm believer in building a more diverse newsroom that creates opportunities and paths forward for people of color and young journalists. I am eager to see how all your fine work continues to develop under his watch and know he’ll bring a fresh perspective to the company leadership team.

Matt, who so capably shepherded us through our transition to Vox Media’s Chorus CMS last year, will be taking on a greater role in special section development, as well as content created by the marketing and advertising departments. Though he’s our top digital leader, this will require him to work more closely with the print production team, ad-ops team and Steve. Matt, Ian Haisley, Pam Henson, Sheila Reidy, Monica Harrison, Jon Rosenblatt and Paul Gaynor all have been instrumental in the resurgence of this news organization. Our communication across departments has never been stronger, and it shows in both our digital and print products.

That leads me to Nykia, who has been my partner and mentor in management in much the same way that Tim Novak and Paul Saltzman partnered with and mentored me in the Watchdogs office. In the past two years, Nykia has put us on a path toward sustainability, building systems that allow us to amass real-time data that will result in sound decisions going forward. We’ve been a great team. She’s taught me so much about the business side of journalism, and I hope I’ve been of service when it comes to helping her understand the news side. Her hunger to understand our city — and our craft — knows no bounds.

An all-company meeting is set for later today to discuss transition plans. There should be an invite in your email inbox.

I’ll see you there. And I look forward to reading you every morning from the West Coast.