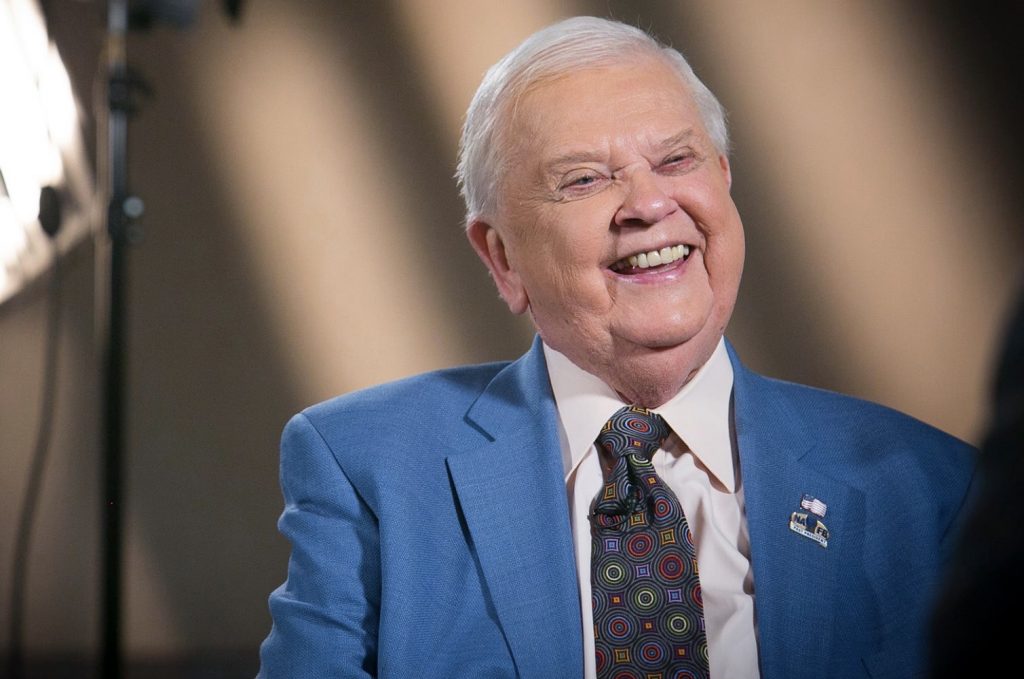 On the eve of his 60th anniversary as the booming voice of agriculture and business at WGN 720-AM, Orion Samuelson says it's time to retire from the Nexstar Media Group news/talk station.

A beloved hall of fame broadcaster and Chicago media icon if there ever was one, Samuelson, 86, informed his bosses he’ll bow out at the end of the year.

“December 31st will be my last time on the air at WGN,” Samuelson told me Tuesday. "I don’t know how many broadcasters have been around for 60 or more years, so I don’t know if it’s that much of a milestone."

"The Big O," as he's known around the station, will continue to deliver five or six daily business reports for WGN until he hangs up the mic and rides off into the sunset with his wife Gloria. They plan to divide their time between homes in west suburban Huntley and Scottsdale, Arizona.

"We’ll go back and forth to Arizona and not have to worry about setting the alarm clock and making sure I’m ready for the next report," he said. "So I think I’ll find things to do."

The self-described "unknown cow milker from western Wisconsin" was born on a dairy farm near LaCrosse, and got his start on radio stations in Sparta, Appleton and Green Bay. At age 26, Samuelson got the call to join 50,000-watt powerhouse WGN, where he began as farm director on September 26, 1960. 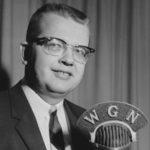 "When I made the drive in my 1949 blue Chrysler New Yorker 60 years ago, I was very uncertain about what I was getting into, because I was a farm kid [thinking], ‘What will I do in the big city?’

"But I had a lot of help, thanks to Ward Quaal, [the WGN president and general manager] who hired me, and a lot of the other great names I’ve worked with and learned from." From Eddie Hubbard, Wally Phillips, Bob Collins and Spike O'Dell to Steve Cochran and Bob Sirott, Samuelson has been rising with WGN's morning stars and their listeners for an amazing six decades.

In addition to hosting his signature farm reports on radio and TV, and anchoring "The Noon Show" from 1960 to 2003, Samuelson emceed "The National Barn Dance" and read the first bulletin on the air of President John F. Kennedy's assassination in 1963. As host of "The U.S. Farm Report" (now "This Week in AgriBusiness" with longtime partner Max Armstrong), he became the best-known voice of agriculture in America.

The winner of more awards and inductee in more halls of fame than he can count, Samuelson said one of the honors he cherishes most is the honorary doctor of letters degree he received from the University of Illinois at Urbana-Champaign in 2001.

That's because he'd dropped out as an undergraduate at the University of Wisconsin at Madison after only three months. "They weren’t teaching me to be a broadcaster, they were teaching me to be a writer. And I can’t write. I just wasn't getting what I wanted, which was broadcasting."

Now Samuelson looks back on a splendid career he never could have imagined. "So many memories," he said, "and they’ll be with me as long as I’m around."

Tuesday’s comment of the day: Irv Leavitt: I have recently developed the lazy habit of leaving WGN Radio on after a White Sox game, and I've been treated to product that varies from relatively intelligent to downright maddening. Last night, apropos of little to nothing, one of the hosts intoned that The New York Times and The Washington Post were far too left-wing for her to read. Her guest asked her, if she didn't read them, how did she know how left-wing they were? She replied that she read them occasionally, and that was enough. She would never subscribe. That, I thought, explained a lot.