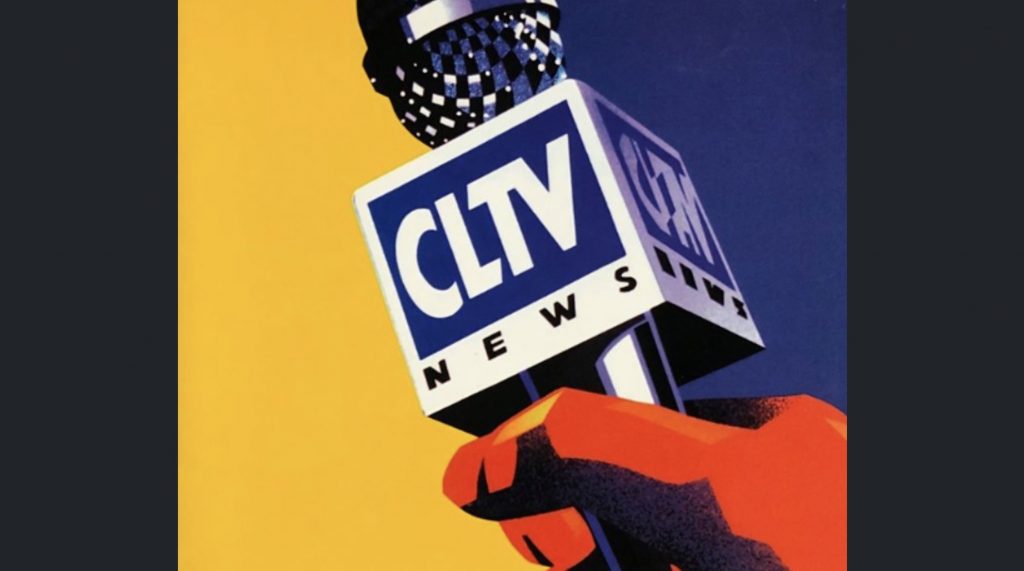 At precisely 6 p.m. Tuesday — just six hours before a new year begins — CLTV will sign off the air forever.

Paul Lisnek's "Politics Tonight" will be the last program viewers see before Nexstar Media Group pulls the plug on the 24-hour cable news channel. Lisnek, who taped the final show last week, said he closes with a farewell statement.

With that, a 27-year piece of Chicago broadcast history will come to an end — the victim of a changing media landscape, a proliferation of digital news sources and out-of-town owners who took over parent company Tribune Media earlier this year. 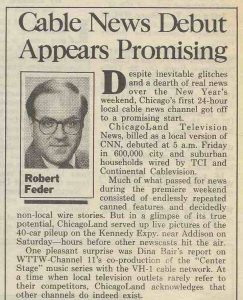 "Cable News Debut Appears Promising" was the headline of my Sun-Times column soon after CLTV premiered early in the morning of January 1, 1993, in 600,000 households wired for cable in the Chicago area.

"Despite inevitable glitches and a dearth of real news over the New Year's weekend, Chicago's first 24-hour local cable news channel got off to a promising start," I wrote.

"Much of what passed for news during the premiere weekend consisted of endlessly repeated canned features and decidedly non-local wire stories. But in a glimpse of its true potential, ChicagoLand [CLTV] served up live pictures of the 40-car pileup on the Kennedy Expressway near Addison on Saturday — hours before other newscasts hit the air."

In that review I also singled out a rookie reporter named Dina Bair as a "rising star to watch" on CLTV. (Bair now co-anchors the Monday-through-Friday "WGN Midday News" with Steve Sanders on Nexstar Media WGN-Channel 9.) 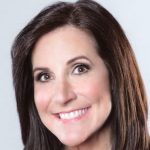 "We made our first splash as a station because we were able to cover the story for hours on end while the local stations were saddled by network obligations," recalled former CLTV sportscaster Lance McAlister in a farewell tribute to the channel dubbed "Children Learning Television" in its early days. (McAlister now hosts a sports talk show on Cincinnati radio.)

Despite that auspicious start, CLTV rarely lived up to its potential as the Chicago area's go-to source for extended coverage of live events and in-depth reporting, as its founders envisioned. In recent years it served mainly as a farm team for talent and as an outlet for cheap programming (including simulcasts of radio shows on Nexstar Media news/talk WGN 720-AM) and reruns of WGN newscasts.

Still, as the outpouring of fond memories from current and former employees attests, the demise of CLTV leaves Chicago media a little poorer and 2019 a little sadder.

Friday’s comment of the day: J.S. Childs: This is a response to a comment a few days ago by a poster who noted that WBBM Newsradio is the All Mancari All the Time station. A few months ago, I emailed WBBM and said that every time that ad came on, I turned off the radio. I also emailed [Mancari's Chrysler Jeep Dodge Ram of Oak Lawn] and told them this and asked if yelling really sold cars. I don't know if I can take credit for this, but a month or so later, the volume on the ads was noticeably down. But since then, every time they make a new ad, it gets a little louder. They are yelling again.