Tom Doerr, who did nothing to improve ratings, reporting or morale as news director at last-place WFLD-Channel 32, is leaving after three years at the Fox-owned station.

Doerr cited “personal family reasons” for returning to Florida at the end of April. 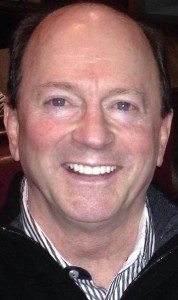 “My time at Fox 32 has been a fantastic experience and that also goes for my entire time with the Fox Television Stations Group,” he said in a statement Thursday. “It has been a rewarding six-plus years and I will treasure these relationships.”

Dennis Welsh, vice president and general manager of Fox 32, said Doerr’s delayed departure would give the station time to find a “great replacement.”

“We thank Tom for his leadership over the past three years as we continue to build Fox 32 News and for helping us develop a highly engaged audience,” Welsh said. “We wish him success and happiness as he returns to the Sunshine State.”

As the station’s fourth news director in four years, Doerr joined Fox 32 in 2013 from KRIV, the Fox-owned station in Houston, where he’d been news director since 2009. A native of Detroit who grew up in Ohio and graduated from the University of Florida, Doerr previously worked at more than a dozen stations around the country and served as a senior strategist for Audience Research and Development, a news consultancy based in Dallas.