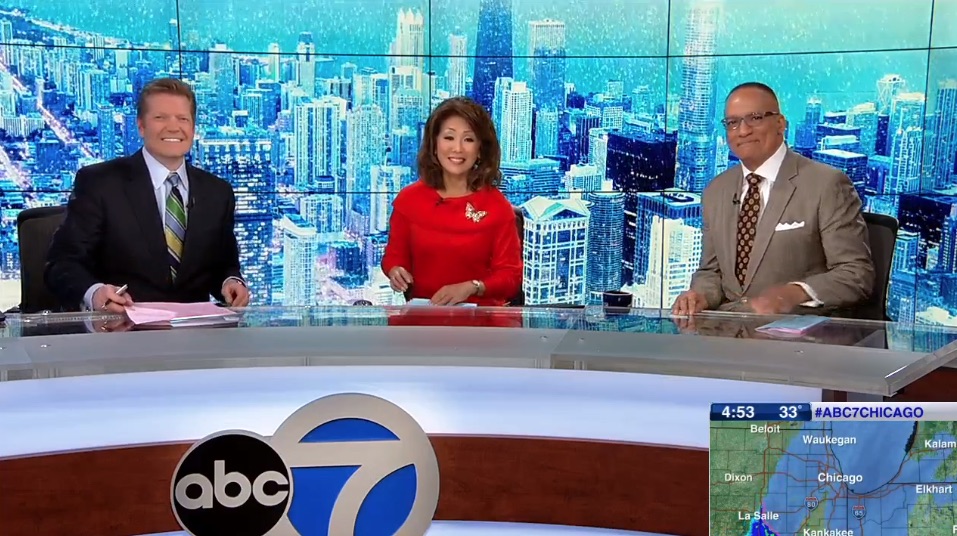 If you were watching WLS-Channel 7 news Wednesday afternoon, you’d have thought it was snowing like crazy downtown. A panorama of slowly falling snowflakes filled the Chicago skyline behind the anchor desk throughout the ABC-owned station’s newscasts.

But it was all fake.

A cheesy animated graphic of snow was superimposed over a bright blue depiction of the city. Even though there was no real snow falling there at the time — it had all moved south and east by then — the obvious visual message was that Chicago was being blanketed.

At a time when local TV news has been properly faulted for sensationalizing typical winter weather, ABC 7’s manufactured blizzard in the backdrop only added to the absurdity.

“To take it so far as to create snow that’s not there, it’s just a little much,” sniffed one competitor. “We cannot be doing things like that.”

ABC 7 officials insisted there was no effort to mislead viewers.

“It was a choice to use a graphic representation, and we think our viewers are smart enough to be able to discern the difference,” said Jayme Nicholas, a station spokesperson. “We think it was very clear that it was not a live shot." 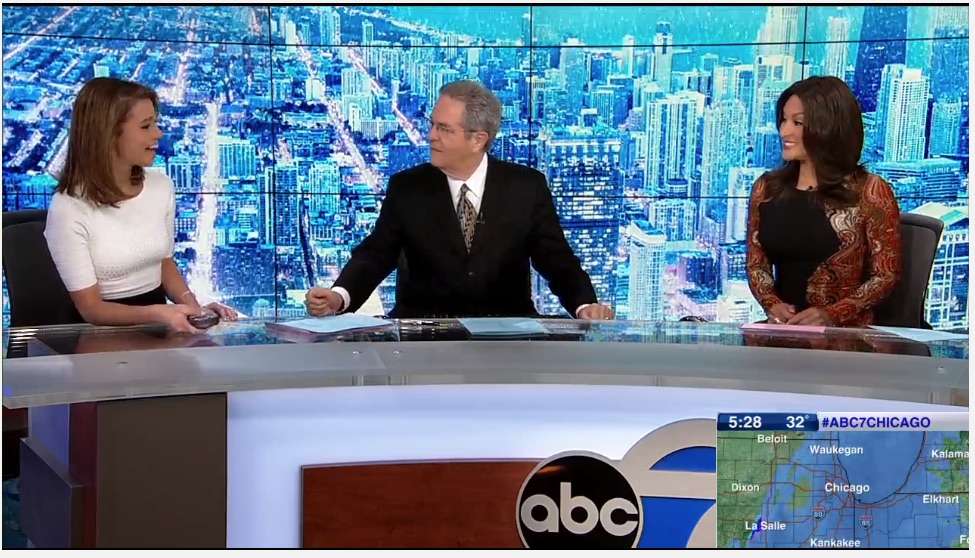