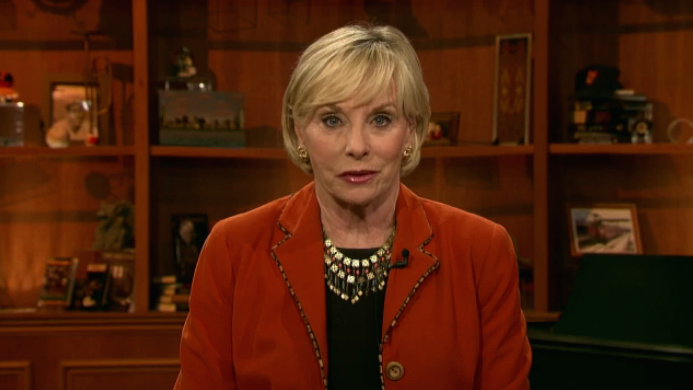 But she won’t be leaving the show altogether. In her new role as “special correspondent,” Brackett will contribute 10 long-form stories in the coming year.

“Elizabeth has been an invaluable member of the ‘Chicago Tonight’ reporting team — a fearless and highly skilled journalist who consistently delivered memorable pieces about a wide spectrum of local and national issues,” Dan Schmidt, president and CEO of parent company Window to the World Communications, told staffers in a memo. "We wish her the very best, and look forward to working with her on more Chicago stories in the future."

Brackett, 72, said her decision was determined in part by the retirement last May of her husband, Peter Martinez, as co-director of the Center for Urban Education Leadership at the University of Illinois at Chicago. A world champion triathlete in her age group, she also said she needed more time to train for the World Triathlon Championships in Chicago next year. Before that, she plans to compete next month in the International Triathlon Union World Championships in Edmonton, Canada.

“I’m not really retiring but ‘refocusing’ — a word I like much better,” she told me.

A graduate of New Trier High School and Indiana University, Brackett was a social worker, political activist and community organizer before turning to journalism. After jobs with CBS-owned WBBM-Channel 2, Tribune Broadcasting WGN-Channel 9, ABC-owned WLS-Channel 7 and PBS’ “MacNeil/Lehrer NewsHour” she joined WTTW full-time in 1984.

For her work she has been honored with a Peabody Award, five Emmy Awards (including a national Emmy), a Lifetime Achievement Award from the Chicago Headline Club and induction in the Silver Circle of the National Academy of Television Arts and Sciences Chicago/Midwest chapter.

“We are sad to bid farewell to such a fearless and accomplished journalist and an invaluable member of our team, but look forward to continuing our collaboration with Elizabeth as a special correspondent,” “Chicago Tonight” executive producer Mary Field said in a statement. “Along with her topflight reporting skills, her athletic achievements have been an inspiration to us all. We wish her the very best in the future.”