It’s a busy week at Chicago magazine, where an interim publisher was named on the business side and two digital editors were replaced by insiders on the editorial side.

Tom Conradi, advertising director of the Chicago Tribune Media Group monthly since 2008, was given the additional title of interim publisher. The move follows the resignation in June of Rich Gamble after five years as publisher and general manager. 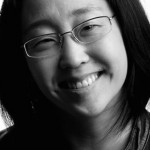 “In her 11 years at the magazine, Jennifer has been an unwaveringly passionate advocate for the reader and for the highest journalistic standards,” Beth Fenner, editor-in-chief of Chicago, told staffers in a memo. “We’ll miss her enormously, and wish her all the best in the new chapter of her career.”

Also leaving the magazine after two years is web editor Harry Sawyers, who’s been hired by an Internet startup called Wirecutter as editor of The Sweet Home. Replacing him will be senior editor Emmet Sullivan.

Fenner is interviewing candidates to fill the vacancies left by the promotions.