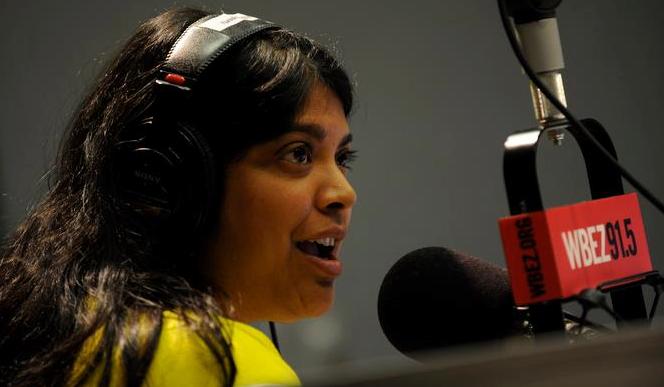 It’s been two years since the esteemed Steve Edwards launched “The Afternoon Shift” amid great ambitions and high hopes of a programming renaissance at WBEZ FM 91.5.

As Chicago Public Media’s first new local program in more than five years, the two-hour afternoon talk show was seen as the cornerstone of a grand plan to add “more local service and more local programming” to the station’s daytime lineup under then-president and CEO Torey Malatia.

“Its arrival signals a new midday at WBEZ,” Steve Johnson wrote in the Chicago Tribune, “hours between the National Public Radio morning and evening news programs that the station, in the next several years, intends to fill entirely with locally made shows.”

It hasn’t quite worked out that way. Edwards is long gone from the station, having traded radio for the rarefied air of academia. So is Rick Kogan, who followed as interim host of “The Afternoon Shift” and held true to Edwards’ vision. And so is Malatia, whose dreams of a local programming powerhouse faded along with the support of his uninspired board.

This week brought another move in that direction when WBEZ announced a change in the second hour of “The Afternoon Shift,” with news anchor Melba Lara joining Niala Boodhoo as co-host. More significantly, content from NPR and other outside sources would now be added to what had been an entirely local two-hour block.

“Regular listeners out there may have noticed some changes the past week or so to the 3 o’clock hour of ‘The Afternoon Shift,’ ” Boodhoo told listeners Wednesday. “We’ve been incorporating national stories from NPR. We’re doing that intentionally. During 3 p.m. hour, the ‘Afternoon Shift’ team is keeping an eye on the top stories from NPR and the BBC, and the result is a faster paced sound that’s all news local, national and international.”

Executive producer Justin Kaufmann sees it as “tweaking” the format and quickening the pace, with up to seven segments an hour from the previous four or five. “The goal is to be as relevant as possible to our audience at that time,” he said.

In the latest Nielsen Audio survey, WBEZ ranks 22nd in afternoons with a 1.8 percent share and a cumulative weekly audience of 220,400. That puts it just ahead of Cumulus Media news/talk WLS AM 890 among overall listeners.

The other news at WBEZ this week was announcement of an experiment to allow listeners to bypass those annoying quarterly pledge drives by making upfront donations.

Starting March 6, the station will launch an audio stream that gives qualifying members access to a web version of WBEZ broadcasts without hearing the pledge drive.

“We want to say ‘thank you’ to our loyal members who have stuck with us year in and out with an opportunity to listen to the station they know and love outside of our pledge drives,” Jillian Shepherd, Chicago Public Media membership director, said in a statement. “And although we are investing extra resources to pull this off, giving back the trusted news and engaging stories that our listeners look to us for seems like the best reward, maybe even more than a mug.”

The beta test of the “pledge-free stream” will be available to listeners who make a one-time donation of $40 or those who already give $15 a month or more as part of the WBEZ High Fidelity program. “The station will consider the pledge-free stream to be a success if there are a large number of signups and those that do take advantage of the stream are happy with the service,” according to the press release.