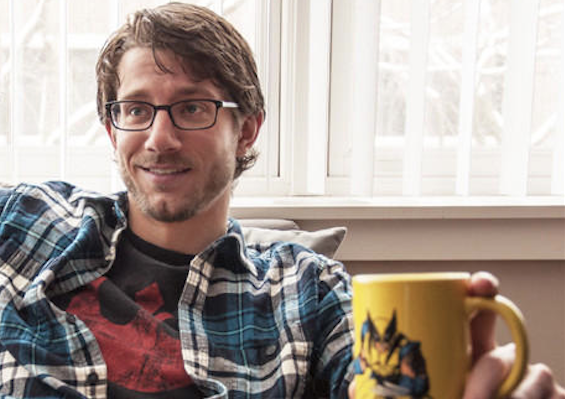 After more than four years as a host, anchor and reporter for CBS Radio sports/talk WSCR AM 670, McKnight has jumped to Tribune Broadcasting’s upstart competitor WGWG LP 87.7, where he’ll become part of the daily lineup.

Todd Manley, vice president of creative content for The Game 87.7 FM, confirmed the hire and said McKnight would make his first appearance Thursday on Mark Carman’s show, which airs from 7 to 10 p.m.

The move follows the defection of two other Score players — midday producer and weekend host Ben Finfer, who joined The Game as midday host, and Tribune Bulls beat writer K.C. Johnson, who signed on as NBA expert.

McKnight, a graduate of the University of Wisconsin at Madison, was a Comcast SportsNet intern when he entered the Score’s first "American Idol"-inspired talent search in July 2009. From among nearly 1,000 contestants, he emerged the winner and signed on as a reporter.

Earlier this month, RedEye named him one of the “Hottest Geek Guys of 2014,” noting: “Before lucking out with the Score, Connor worked as a college football reporter (his Hunter S. Thompson phase), a high school English teacher (think 'Dead Poets Society'), a bouncer (Swayze in 'Roadhouse') and a peon in minor league baseball (Jonah Hill in 'Moneyball').”