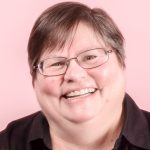 Now that the transition of the Chicago Reader to nonprofit ownership has been finalized under the Reader Institute for Community Journalism, there's a change in editorial leadership at the 50-year-old alternative publication. Karen Hawkins is leaving as co-publisher and editor-in-chief of the Reader to become story editor for The 19th, a nonprofit, independent news organization based in Austin, Texas. Salem Collo-Julin, culture editor of the Reader, will be promoted to managing editor, with other editorial changes to be announced soon. Hawkins, who founded Rebellious Magazine for Women and the Feminist Media Foundation, joined the Reader as digital managing editor in 2018 and rose to co-editor-in-chief in 2019 and co-publisher in 2020. "We inherited a company losing $1 million a year, with no business staff, then survived the height of the COVID-19 pandemic, and the most recent struggle to get to nonprofit independence," said publisher Tracy Baim. "Karen has provided an invaluable partnership to me in this work, and I will miss her teamwork deeply.” 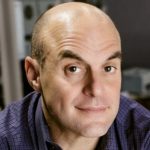 Good news for fans of "Wait Wait . . . Don’t Tell Me!" The Peabody Award-winning NPR comedy news quiz show will move to the historic Studebaker Theater at Chicago's Fine Arts Building, 410 South Michigan Avenue, when it resumes live audience tapings June 16. Before the two-year pandemic hiatus, the show originated for 15 years from the smaller Chase Auditorium. Said host Peter Sagal: "We are utterly delighted to become the resident comedy news quiz of the Studebaker Theater, and look forward to living up to the ideal of cutting-edge innovation implied by the name ‘Studebaker.’” "Wait Wait . . . Don’t Tell Me!" airs at 10 a.m. Saturdays on Chicago Public Media WBEZ 91.5-FM. Tickets are available at NPR.org/waitwait six weeks before each taping. 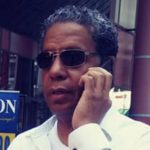 Matt McGill, who stepped down last fall as afternoon co-host at WVON 1690-AM, is returning to the Midway Broadcasting news/talk station. Starting June 1, McGill will be heard from 1 to 3 p.m. Monday through Friday — replacing the syndicated "Keeping It Real with Al Sharpton." Sharpton's show will continue to stream live on wvon.com and replay on the air from 3 to 5 a.m. weekdays. McGill first joined WVON as a fill-in host in 2004 and later hosted mornings before co-hosting afternoons with Kimberley Egonmwan. 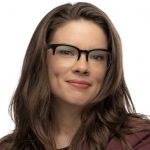 A.D. Quig, who covers Chicago's City Hall and reports on politics and government for Crain's Chicago Business, is leaving to join the Chicago Tribune as Cook County reporter. Her last day at Crain's will be June 3, the company confirmed. Quig worked for The Daily Line and Rivet Radio before joining Crain's in 2019. She also hosts "A.D. Q&A," a weekly podcast with public-policy newsmakers, and co-hosts "Juice Week in Review," a weekly podcast with Crain's political columnist Greg Hinz. 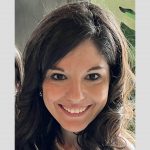 Alexandria Jud, producer of WLS-Channel 7’s top-rated 10 p.m. newscast, has been promoted to late-evening executive producer at the ABC-owned station. She'll oversee the 10 p.m. newscast as well as content across digital platforms. A graduate of Northwestern University’s Medill School of Journalism, Jud joined ABC 7 in 2018 after working for WTHR, the NBC affiliate in Indianapolis, and WNDU, the NBC affiliate in South Bend, Indiana. “Alex has taken the 10 p.m. newscast to new heights during the three-plus years she’s been producing the newscast," said Jennifer Graves, vice president of news at ABC 7. "Her rock-solid news judgment and her unique ability to visually showcase story elements have elevated that newscast and I know she’ll continue to thrive leading our late news team.” 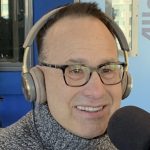 The great Steve Dale, Chicago's beloved pet advocate and host of “Steve Dale’s Pet World” on Nexstar Media news/talk WGN 720-AM, has been named recipient of the American Veterinary Medical Association's first Excellence in Media Award. He'll be honored at the group's annual convention July 30 in Philadelphia. The award subsequently will be named the AVMA Steve Dale Excellence in Media Award. “I can’t think of anyone more deserving of this award than Steve,” Dr. Jose Arce, president of the AVMA, said in a statement. “His knowledge, passion, good humor and dedication to the well-being of animals have made him not just a great source for animal and veterinary news, but also a pleasure to work with. For more than 30 years, Steve has been a true champion of our profession and the animals we treat. We are indebted to him for all of his contributions and his service.” 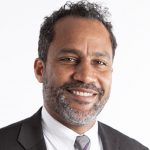 Daniel Ash, former vice president of strategic communications for Chicago Public Media, has been named president of the Field Foundation of Illinois. Since leaving the parent company of WBEZ in 2013, Ash has been working for Chicago Community Trust, where he moved up from chief marketing officer to associate vice president of community impact. “One of the most important issues in our world today is racial justice and equity, and I have dedicated my career to advancing this work,” Ash said in a statement. “It’s an honor to continue the pivotal and strategic work of the Field Foundation by leading the organization as it continues centering racial equity in all of its important work.” The Field Foundation was founded in 1940 by Marshall Field III. 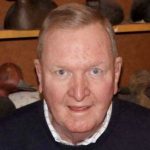 Dick Rakovan, an affable statesman for the radio industry and former general manager of Chicago’s WFYR, died May 16 in northwest suburban Crystal Lake. He was 83. Born in Elyria, Ohio, Rakovan began his career in radio sales at WKBW in Buffalo, New York, and worked for stations in New York, Detroit and Providence, Rhode Island, before joining WFYR under RKO Radio ownership in the 1980s. He later spent 20 years as senior vice president of the Radio Advertising Bureau. In 2016 Rakovan was honored with a Lifetime Achievement Award from the Illinois Broadcasters Association.