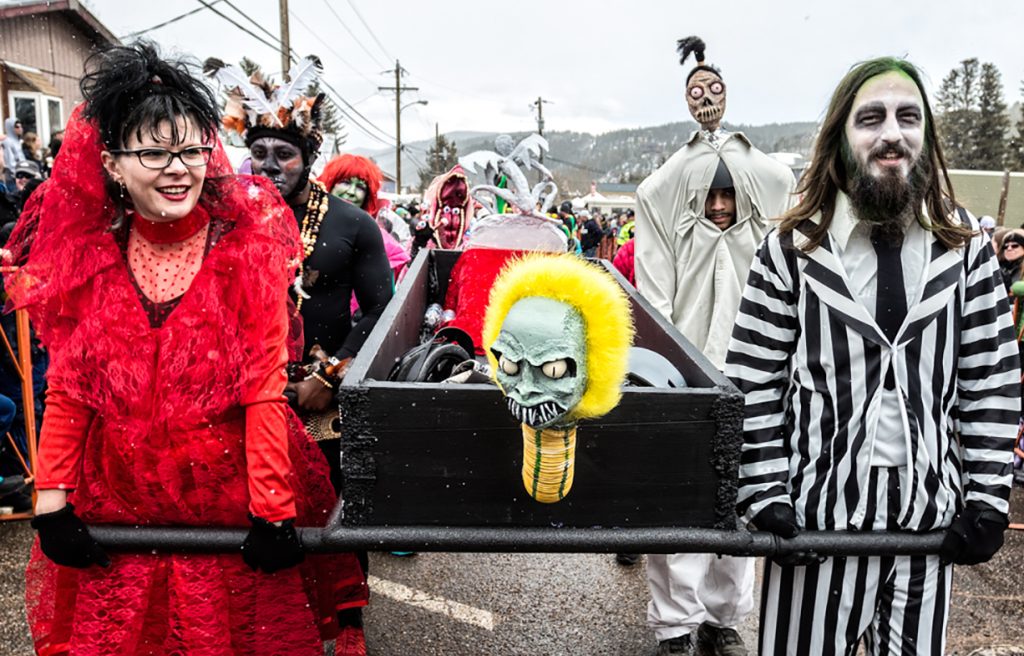 Despite delays due to COVID-19 restrictions Harvey Moshman and Will Clinger traveled to 14 states for the third season of “Wild Travels,” the quirky travel series airing on 170 PBS stations nationwide.

Of all the weird and wonderful oddities they uncovered in their journeys none could match the annual “Frozen Dead Guy Days” festival in the tiny mountain town of Nederland, Colorado — “an event so outrageous we devoted an entire episode to this one celebration — something we've never done before,” Moshman said.

The payoff is this season’s concluding episode of “Wild Travels,” airing at 5 p.m. Sunday on Window to the World Communications WTTW-Channel 11. 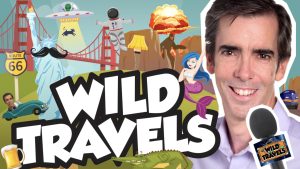 “Frozen Dead Guy Days” honors a long-deceased cryogenically frozen Norwegian immigrant who currently occupies a shed under nearly a ton of dry ice. The festival features such activities as a parade of hearses, a polar plunge, frozen turkey bowling, "The Newly Dead Game" and a frozen T-shirt contest.

The highlight may be the coffin races, in which teams of six carriers and one pretend corpse-in-a-box race through a muddy obstacle course two teams at a time. "The result?" said Moshman. "Complete and utter chaos."

Executive producer Moshman and host Clinger, who launched "Wild Travels" in 2015, have been working together since the '90s, when they collaborated on WTTW's enormously popular and award-winning "Wild Chicago" series.

Earlier visits this season included a tug of war across the Mississippi River between LeClaire, Iowa and Port Byron, Illinois; the National Beard and Moustache Championship; a farm that raises the odd breed of fainting goats; and a unicycle football game.

Wednesday's comment of the day: Mary Wisniewski: Nelson Algren was one of the first journalism majors at U of I — he was told he could get a job at any paper in the country. Then he had the misfortune of graduating in 1931, perhaps the worst time ever to graduate in journalism (other than now). He couldn't find a job at any Chicago or other Midwest papers, and even got turned down by City News. So he took to the rails and hitchhiking Route 66, and found another calling.