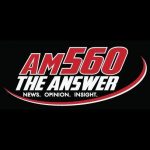 Sean Hannity will be relegated to late nights when WIND 560-AM launches a new weekday afternoon lineup on the Salem Media conservative news/talk station. Starting August 16, Charlie Kirk will air from 1 to 3 p.m., Sebastian Gorka will air from 3 to 4 p.m., and Shaun Thompson will air from 4 to 7 p.m. Hannity, whose syndicated radio show has been airing live from 2 to 5 p.m. since 2014, will lose an hour and move to tape-delay from 10 p.m. to midnight. Gorka will follow with another two hours from midnight to 2 a.m. “We are fortunate to have some true rising stars in our lineup,” said Jeff Reisman, regional vice president and general manager of AM 560 The Answer. “The response we’ve received about Shaun, Charlie and Seb has been incredibly positive and overwhelming. We knew it was time to increase their exposure on the station." 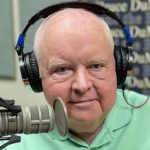 Also at WIND, AM 560 The Answer just became the new home base of "Beyond the Beltway," the long-running political talk show hosted by Bruce DuMont. It most recently originated from the studios of north suburban Evanston Broadcasting news/talk WCGO 1590-AM/95.9-FM, which no longer airs the show. DuMont now broadcasts "Beyond the Beltway" from WIND's studios in Elk Grove Village. The nationally syndicated program is produced from 6 to 8 p.m. Sundays, but WIND airs it on delay from 10 p.m. to midnight Sundays. 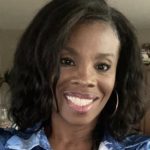 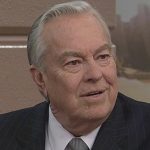 Bill Kurtis, the iconic Chicago anchorman and documentary producer, is host of "We Interrupt This Broadcast," a 72-episode podcast series celebrating the history and highlights of broadcast journalism in America. (Here is the link.) It's based on recordings made to accompany Joe Garner's bestselling 1998 audio-and-hardcover book We Interrupt This Broadcast and its sequels. “I have spent a good deal of my career reporting and analyzing these world-changing events and I am pleased to participate in this project, which amplifies and hones in on the very important work that broadcast journalists do to ensure the news is reported quickly, accurately, and fairly,” Kurtis said in a statement. The series is available on Apple Podcasts, Stitcher, Spotify and Google Play.

Tuesday's comment of the day: John Zinke: I guess I should have known, but feel naive for not knowing for sure that WGN (and others) expect revenue generation from sponsored content — segments paid for by the products or services featured in shows like "Chicago's Best" and now "Daytime Chicago."