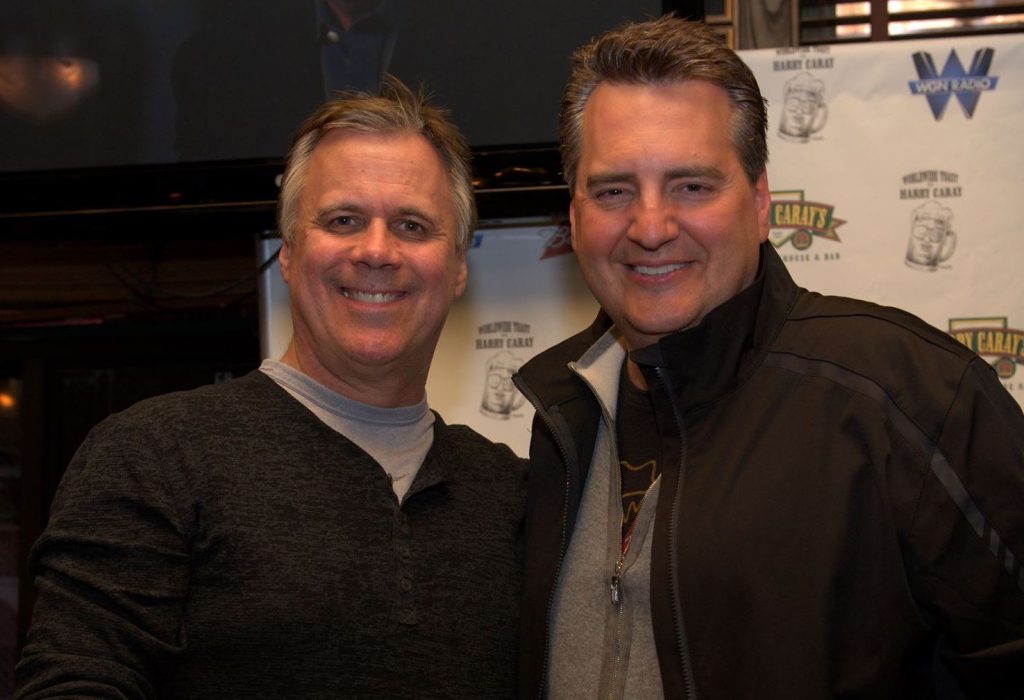 Chicago media mainstays Roe Conn and Richard Roeper, who’ve been radio partners — on and off — since they first teamed up at WLS 890-AM in 2010, are back together again.

"I couldn't be more thrilled to get behind the microphone again to re-team with Roe," said Roeper, longtime film critic for the Sun-Times and contributor to "Windy City Live" on ABC-owned WLS-Channel 7.

"We'll have new shows covering pop culture, movies, TV, streaming shows, sports, and interviews with major filmmakers and actors every Tuesday and Thursday, with the goal of expanding to a daily podcast later in 2021."

Conn, who most recently hosted afternoons at WGN 720-AM, ended his five-year run at the Nexstar Media Group news/talk station in September. He also is a featured contributor to ABC 7's "Windy City Live."

Their podcast will originate from new, state-of-the-art studios at AmericanEagle.com, the full-service global digital agency based in northwest suburban Des Plaines. The company is backing the podcast venture.

“It’s fitting a long-time client like Richard Roeper is part of the first podcast launched from AmericanEagle.com Studios,” said CEO Tony Svanascini. “He and Roe Conn are true talents that will bring their unique sense of humor and wit to what I’m sure will be an extremely popular podcast.”

(Disclosure: I am a client of AmericanEagle.com, which powers this blog.)

“This isn’t our first rodeo,” Conn said in a statement. “But this certainly will be the wildest ride. Everything from movies to streaming content to news and sports — nothing is off limits.

"However when talking current events, the gloves will come off, taking on the goofy and galling things happening every hour of every day, but then we’ll suggest a way to escape all that stuff at night."

Added Roeper: “For film and television, the podcast is going to be celebratory. There are a lot of columns and other podcasts telling you what not to watch. We’re doing the opposite. This is really the golden age for the medium. I hear from people all the time ‘there’s too much stuff out there’ and they’re not sure how to invest their time. We’re going to solve that problem.”

Wednesday's comment of the day: Tim Stevens: I watched NewsNation this past Monday evening for about an hour. They had on someone from the Heritage Foundation, a conservative think tank, who attacked the Biden administration in a discussion on Burma. No alternative view was presented. Then Ashleigh Banfield came on to discuss the Trump impeachment and kind of apologized and said, "I'm not going to lie" before stating a bad fact for the former POTUS. So I didn't see much lack of bias. Regardless of that though, to me the production values, guest bookings and talent overall have an extremely long way to go before they remotely threaten any of their announced targets.