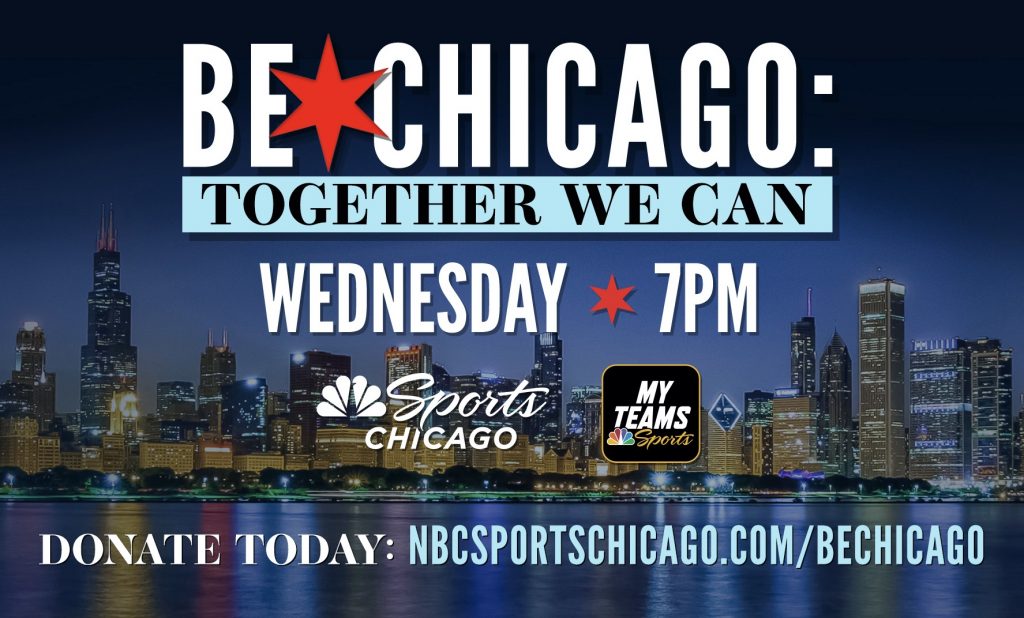 Be Chicago: Together We Can

“Be Chicago: Together We Can,” a four-hour, star-studded fundraiser to benefit the Chicago Community COVID-19 Response Fund, will be presented Wednesday night on NBC Sports Chicago.

Airing from 7 to 11 p.m., the event will feature appearances by dozens of celebrated athletes and exclusive musical performances from Chicago and Plain White T’s, among many others artists.

Hosted by NBC Sports Chicago’s David Kaplan and Eddie Olczyk, the special is being produced with United Way of Metro Chicago and The Chicago Community Trust, which jointly established the emergency fund to aid local nonprofit organizations serving the region’s most vulnerable residents. (Here is the link.)

Special guests will include:

“We have all been impacted by this crisis and we can get past it at some point, but we have to do it together,” Kevin Cross, senior vice president and general manager of NBC Sports Chicago, said in a statement announcing the event Monday.

“United Way of Metro Chicago and The Chicago Community Trust have done an outstanding job providing for those in need through the Chicago Community COVID-19 Response Fund and we couldn’t be prouder and more honored to assist them in their on-going efforts.”

NBC Sports Chicago will rebroadcast "Be Chicago: Together We Can" at 11 p.m. Wednesday and at 6 a.m. and 9 p.m. Thursday.