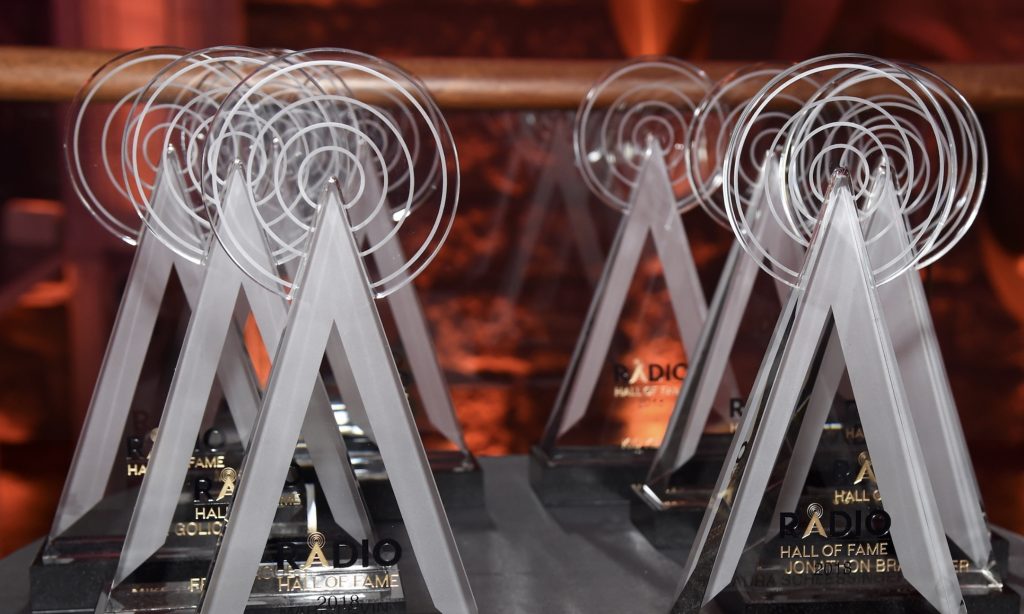 Earlier this month syndicated radio host John Tesh was among nine broadcasters inducted in the 2019 class of the Radio Hall of Fame. A few days later he packed up his award and mailed it back.

What ticked off Tesh?

Sources at the Museum of Broadcast Communications in Chicago, which administers the Radio Hall of Fame, said Tesh objected to the way his wife and business partner, actress Connie Sellecca, was treated as a presenter at the induction ceremonies. 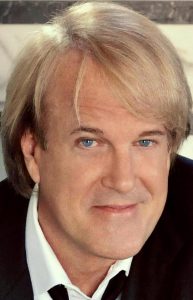 Tesh had chosen Sellecca to introduce him at the gala November 8 at Gotham Hall in New York City. When her remarks exceeded the three-minute limit presenters were given, a producer cued music to play her off. When that didn't work, they cut Sellecca's microphone and turned out the lights in the ballroom.

It's not clear why the producer felt it necessary to cut off Sellecca before she finished, since the event was not being broadcast and could have ended at any time.

Among hundreds who witnessed the embarrassing moment were Tesh and Sellecca's family, who'd flown in from Los Angeles for the occasion, along with a bevy of celebrities, including Jimmy Fallon, Ryan Seacrest, Christian Slater and Dr. Ruth Westheimer.

Tesh accepted the award graciously, expressing gratitude for his family and for the honor of being inducted, according to those who were there. He also shared that he had been diagnosed with cancer in 2015 and credited his "faith in divine healing" for being cancer-free.

Once he and Sellecca were back home in L.A., however, Tesh apparently had second thoughts and sent back the crystal statuette with a note to the Museum of Broadcast Communications. The content of his note was not disclosed.

"What happened the night of the Radio Hall of Fame to Connie Sellecca was a horrible mistake and I could not apologize more," Susy Schultz, executive director of the museum, said Sunday.

"Hers is a strong and important voice that should not be silenced. She is a woman with a successful multi-faceted career and a keen business sense who has navigated the worlds of acting, modeling, television, producing and digital broadcasting. She is also a role model on how to juggle and weave together work, faith and family. Both John and Connie have contributed so much to the broadcast world. It was a joy to have them in New York at the celebration — right where they belong, a power couple among the luminaries of the industry.

"We've been in contact. And John and Connie have both said this award means so much to John. So, we were happy that they graciously loaned us John's statue to display here at the museum in the Radio Hall of Fame," Schultz said.

Other broadcasters in the 31-year history of the Radio Hall of Fame have rejected induction (including Howard Stern and Robin Quivers) or have declined to attend the event (including Steve Dahl and Steve Harvey). But this is believed to be the first time an inductee who accepted the award later returned it.

Friday’s comment of the day: Steve Hrbek: Think being on the WGN Radio Walk of Fame might be a bad omen.