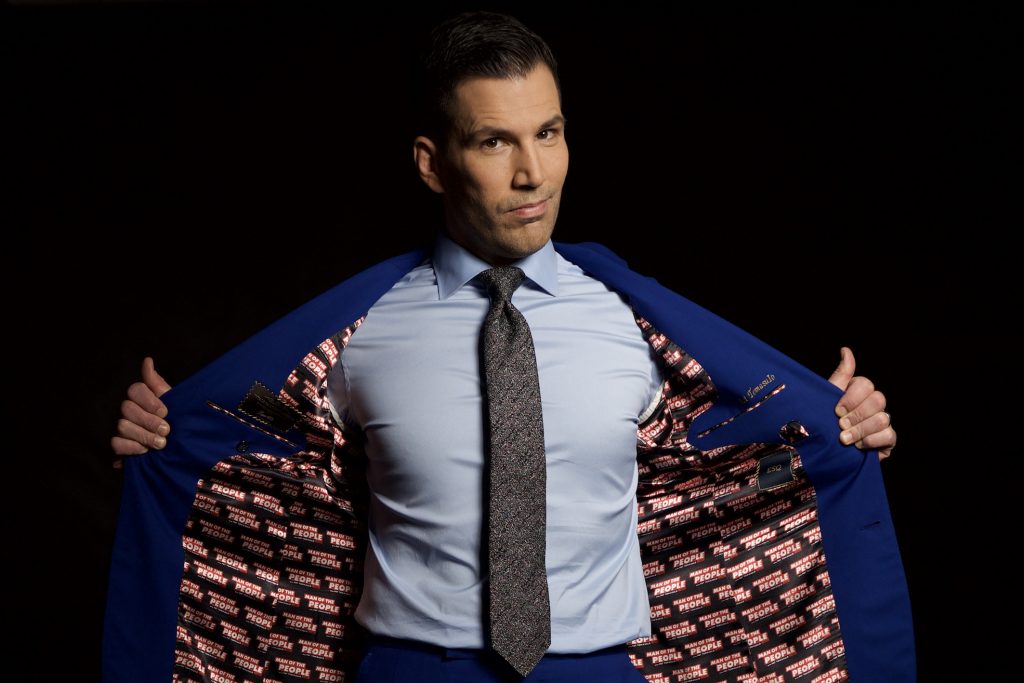 And they said it wouldn’t last.

“Man of the People with Pat Tomasulo,” the late-night comedy show hosted by the multitalented sports anchor and standup comedian, has been renewed for a second season on Tribune Broadcasting WGN-Channel 9. Airing at 10 p.m. Saturdays, new episodes will premiere February 2.

Taped before a studio audience at WGN headquarters on West Bradley Place, it’s the first local weekly entertainment program produced there since “Bozo” went off the air in 2001. Tomasulo presides over an entertaining mix of wry observations, news of the day and comedy bits.

“It’s been exciting to watch the show evolve into ‘must see content’ much like our ‘must watch’ WGN Morning News,” said Paul Rennie, president and general manager of WGN. “The live studio audience brings an energy to the building that we haven’t had in many years. We are very committed to producing local programming that all of Chicago can enjoy.”

Ratings have held up since "Man of the People" debuted in January 2018. For its first season, the show averaged a 1.4 Nielsen rating (or 45,518 households) to finish third in its time period — beating all other entertainment programming. Among adults between 25 and 54, it was the second highest-rated regularly scheduled late-night show on Saturday nights, according to ratings analysts.

The show’s YouTube Channel has grown to nearly 4,000 subscribers since the launch. (Here is the link.) Some of Tomasulo's bits — such as The Mall Walking Ladies of Harlem Irving Plaza — garnered more than a quarter million views across a variety of social media platforms.

Best known for his role as sports anchor on the top-rated WGN Morning News, Tomasulo also created such signature segments as “The Pat-Down” and “The Voice of Reason.”

Tomasulo joined WGN in 2005 from WKBW, the ABC affiliate in Buffalo, New York, where he was a sports anchor. He graduated from the College of New Jersey near Trenton and began his career as weekend sports anchor, reporter and sports director for WJFW, the NBC affiliate in Rhinelander, Wisconsin.

Wednesday’s comment of the day: David Giesen: Ratings change because people's tastes and habits change. New visions, new ideas and approaches capture people's interest and attention. What appears not to be caught in this data is how the over-the-air audience has changed due to online services, Sirius-XM radio and use of IPods. I'm guessing when these trends are analyzed, the overall audience of the Chicago over-the-air radio stations has plummeted dramatically.