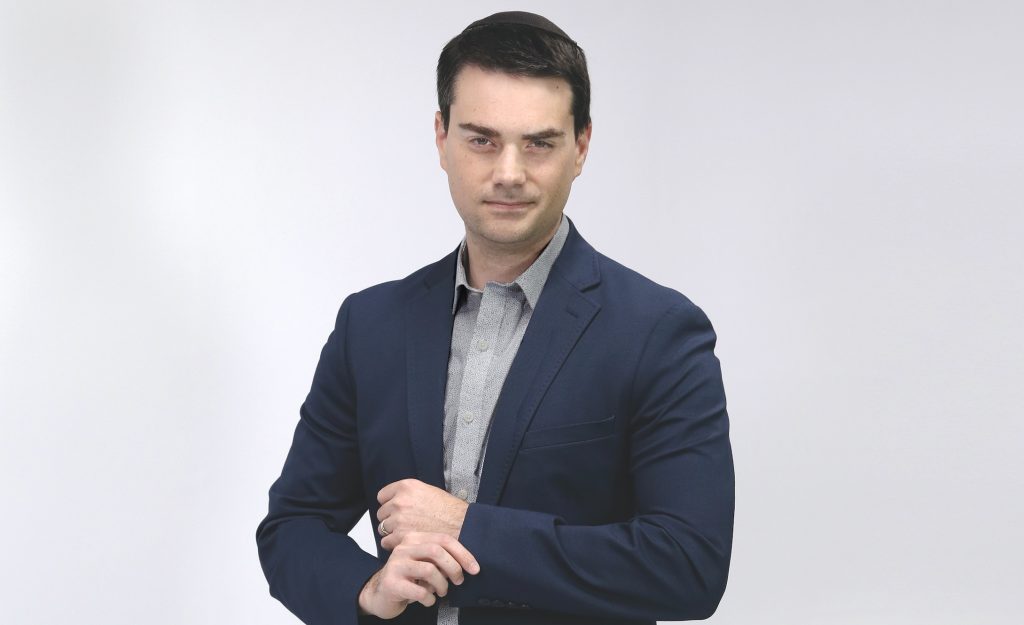 Confirming a report here Friday, “The Ben Shapiro Show” will air from 2 to 5 p.m. Monday through Friday, starting January 7. The first hour will consist of Shapiro’s daily podcast (which now airs at 9 p.m. on WLS), followed by his new two-hour, live syndicated show, which will originate from Los Angeles.

Shapiro, 34, is editor-in-chief of DailyWire.com and a rising star in conservative media.

“When the opportunity originally came up to be the first station in Chicago to carry ‘The Ben Shapiro Show,’ we jumped on it,” Marv Nyren, vice president and market manager of Cumulus Chicago, said in a statement. “With the incredible success we’ve experienced in a short period of time, moving Ben into a prime daypart is the perfect addition to our star-studded lineup.”

Shapiro’s new show will be syndicated by Westwood One, which also distributes his podcast. Cumulus Media owns Westwood One. 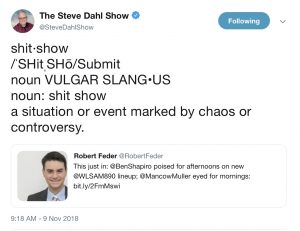 The move marks another setback to local programming for WLS, which already carries syndicated talk shows in middays, evenings and weekends. Dahl, whose final afternoon show on the 50,000-watt station airs December 21, labeled the new arrangement a “shit show” in a tweet last week.

WLS did not announce a replacement for the 5 p.m. hour of Dahl’s show, but insiders said one scenario would be to move morning host Big John Howell to a two-hour slot from 5 to 7 p.m. Howell’s morning co-host, Ramblin Ray Stevens, is expected to leave. Morning news anchor John Dempsey will continue.

Erich Mancow Muller is said to be in line to host mornings, but no agreement has been finalized. It would be a return to WLS for Muller, who co-hosted middays with Pat Cassidy from 2008 to 2010. Muller most recently hosted mornings for Cumulus Media on the former WLUP (aka The Loop) before it was sold in March.

Although Shapiro will be moving up in a roster that already includes conservative hosts Rush Limbaugh, Mark Levin and Chris Plante, among others, he said in a statement: “I can’t wait to bring conservatism to the Windy City.”

Emphasizing his family connection to Chicago, the Los Angeles-born Shapiro said: “I couldn’t be more excited to join the WLS lineup for three hours per day. My parents grew up in Chicago; I’m personally a die-hard White Sox fan (sorry, Cubbies!). The eyes of the nation are constantly on Chicago, and for good reason.”

In the latest Nielsen Audio survey, WLS tied for 26th in afternoons. Overall the station tied for 23rd with a 1.5 percent audience share.