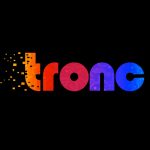 The parent company of the Chicago Tribune reversed itself Sunday and said it voluntarily would recognize the union representing newsroom employees at its city and suburban publications. “The company has agreed to recognize three Chicago-based collective bargaining units and looks forward to productive conversations with union representatives,” tronc said in a statement. “As we move ahead, we need to be united as one organization with an important purpose — to help the company transform and thrive as a business, and to serve our readers world-class journalism.” As a result, the Chicago Tribune Guild will receive union certification from the National Labor Relations Board without the need for a vote. The three bargaining units include one for the Chicago Tribune and RedEye; a second for the suburban publications and the Spanish-language Hoy; and a third for tronc’s Chicago-based design and production studio. Calling the move “an extraordinary development,” the union said in a letter to members: “Our attorneys and partners at the NewsGuild-Communications Workers of America tell us that in decades of organizing, they have never seen a newsroom earn voluntary recognition from a company of this size and with such a long history of anti-union bias. Tronc undoubtedly realized it would waste time and money during an election process it would lose.” 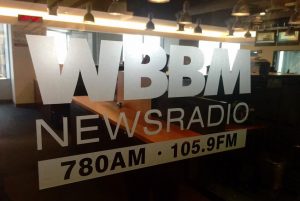 WBBM 780-AM officially marked the 50th anniversary of its all-news format Sunday, but the Entercom station will celebrate the milestone on the air and on its website today. Featured online is a history of WBBM Newsradio along with a gallery of photos, ads, logos and other highlights of the past five decades. (Here is the link.) “Think about 50 years — all that's transpired, all the chronicling of Chicago, the state, the country and the world,” Ron Gleason, director of news and programming at WBBM Newsradio, told staffers in a memo. “You and your predecessors have covered some incredibly exceptional events, and devastating tragedies, doing so with credibility and without bias every step of the way. . . . I'm so lucky to be part of this, and proud to work alongside each of you on a daily basis.” Simulcast in combo with WCFS 105.9-FM, WBBM Newsradio long has been the top-billing radio station and top-rated AM outlet in Chicago. 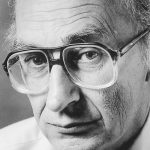 Re-publication of a 1980 Mike Royko column about gun control last week proved so popular that the Sun-Times has begun reposting the legendary columnist’s work each week. Starting today, “Classic Royko” will appear each Monday at suntimes.com. “We got a ton of reaction, I think not just from people who remember Royko and loved reading his columns but also from people who cared about the issue of guns,” said Sun-Times editorial page editor Tom McNamee. “It made me think, ‘We should bring him back.’” Royko, a Pulitzer Prize winner who also wrote for the Chicago Daily News and the Chicago Tribune, died in 1997. 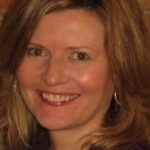 After 19 years at WLS-Channel 7, Lisa McGonigle has resigned as producer of the ABC-owned station’s 10 p.m. newscast, effective June 1. McGonigle told colleagues she’s stepping away from television news and embarking on a major life change. “She’s done a terrific job leading the top-rated late news,” Jennifer Graves, vice president and news director at ABC 7, wrote in a memo. “Her news judgment is impeccable and her attention to detail is second to none.” McGonigle, a graduate of Concordia College in Moorhead, Minnesota, joined ABC 7 in 1999 as 4:30 p.m. news producer from KING, the NBC affiliate in Seattle. 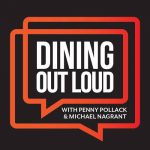 Two of Chicago’s best-known food critics have teamed up to launch a podcast. "Dining Out Loud" features restaurant reviews, interviews and lively banter with dueling hosts Penny Pollack, retired dining editor of Chicago magazine, and Michael Nagrant, former Sun-Times food critic and RedEye contributor. New episodes will be released every other Friday. (Here is the link.) 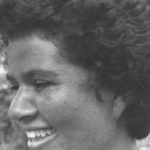 At Friday’s Silver Circle Awards ceremony, Chicago television colleagues remembered Deborah J. Gunn, a former public-affairs producer at ABC 7 and officer of Chicago/Midwest chapter of the National Academy of Television Arts and Sciences. Gunn died April 18 in Fairfax, Virginia, after a long illness. She was 71. A graduate of New Trier High School, Simpson College and Northeastern Illinois University, Gunn worked as an intern for “The Oprah Winfrey Show” and a producer at Central City Productions. Plans for a memorial service in Chicago will be forthcoming.

Friday’s comment of the day: Vicki Smilkowski: This is bittersweet. I hate to see Natasha [Korecki] go, but her talent deserves this opportunity. She is going to be a tough act to follow for her replacement. Her concise reportage has just been the best way to start the day.