WSCR AM 670 unveiled a revised talent roster today, including the return of Dan McNeil and Connor McKnight and new shifts for Dan Bernstein and Danny Parkins on the Entercom sports/talk station.

Forced to the sidelines for now were Jason Goff and Matt Spiegel, although both are expected to be offered weekend and fill-in work at The Score. 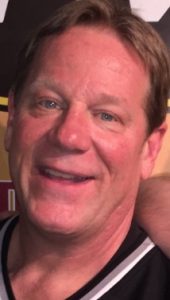 The program realignment, first tipped here Tuesday, was confirmed by Mitch Rosen, operations director of The Score. The changes bear the earmarks of Jimmy deCastro, senior vice president and market manager of Entercom Chicago, who’s been a longtime booster of McNeil and McKnight. DeCastro targeted The Score for a shakeup soon after he took over the seven-station group in November.

In the latest Nielsen Audio survey, The Score tied for 17th place overall with a 2.7 percent audience share. Ratings in afternoons have declined since Terry Boers retired and Goff replaced him alongside Bernstein in January 2017.

Noting the start of NFL free agency today, Rosen said in a statement: “Jimmy and I are pleased to announce that we have signed two Chicago radio free agents — the return of Score original Danny Mac, who will join Danny Parkins in afternoon drive, and former Score on-air host Connor McKnight, who will join Dan Bernstein in middays. Adding these two players makes our all-star team even better. 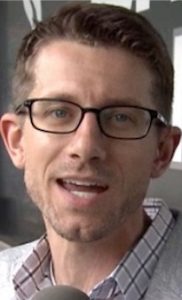 “The Score will continue be the Chicago’s leader in live, local, Chicago sports talk.  We continue to deliver great content to our listeners.”

McNeil has been a popular and often controversial figure on Chicago radio for three decades. The second of McNeil’s two earlier runs at The Score ended in 2014 when he chose not to renew his contract. Since then he worked briefly as morning host on Hubbard Radio classic rock WDRV FM 97.1 and launched a twice-weekly podcast for Radio Misfits Podcast Network. In January he began a Sunday morning show on The Score.

McKnight most recently was sports anchor for Cumulus Media news/talk WLS AM 890 coinciding with its run as home of White Sox baseball and Bulls basketball. Before that he worked for Tribune Broadcasting news/talk WGN AM 720 and for its short-lived FM sports station, The Game. He spent five years at The Score after winning its first “American Idol”-inspired talent contest in 2009.

Robert Feder update: I have deleted today's "best comment." I understand why I should not have highlighted it and I will try to do better next time.