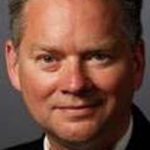 If the reported $500 million deal goes through to sell the Los Angeles Times to biotech billionaire Patrick Soon-Shiong, it would mark the end of the paper’s rocky relationship with Chicago-based tronc and predecessor Tribune Co. after 18 years. It also would dash the ambitions of tronc chairman Michael Ferro to become a mover and shaker in Hollywood. (Could the sale of tronc’s other papers — including the Chicago Tribune and New York Daily News — be far off?) It’s unclear what an ownership change would mean for Jim Kirk, who was named editor-in-chief of the L.A. Times just last week. The latest assignment was Kirk’s fourth role since he resigned as publisher and editor of the Sun-Times to join tronc in August. Also included in the sale to Soon-Shiong would be the San Diego Union-Tribune. 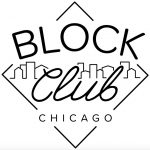 Block Club Chicago is off to a roaring start. Word here of the neighborhood news website being launched in April by editors and reporters from the former DNAinfo Chicago was met with wild enthusiasm and open wallets Tuesday. A Kickstarter campaign exceeded its monthlong goal of $25,000 within only a few hours. By day’s end it had reached more than $86,000 in pledges. “The support is phenomenal,” said co-founder and editor-in-chief Shamus Toomey. 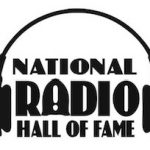 Starting today, the National Radio Hall of Fame is accepting suggestions for 2018 nominees. The public can submit the names of potential candidates in six categories at radiohof.org through March 30. The 30th annual induction ceremony will be held in New York this fall while Chicago’s Museum of Broadcast Communications hosts its yearlong “Saturday Night Live” exhibit in the Radio Hall of Fame space here. "We're looking forward to celebrating this milestone anniversary in New York City,” chairman Kraig T. Kitchin said in a statement. “As we prepare for the special evening, it's our priority to provide everyone the opportunity to be a part of it, starting with suggestions for our 2018 nominees." 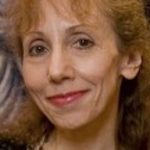 Hedy Weiss, whose position as theater critic was eliminated Friday after 34 years at the Sun-Times, will continue to be an influential figure on Chicago’s arts scene. She’s staying on as theater and dance critic for WTTW-Channel 11’s “Chicago Tonight” — a role she has held since 2002. Phil Ponce, host of the nightly news magazine program, reaffirmed the station’s commitment to Weiss during her appearance on Tuesday’s show. "Our relationship here will continue," Ponce said. 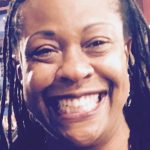 Maudlyne Ihejirika, the renowned urban affairs reporter and columnist for the Sun-Times, has been named president of the Chicago Journalists Association. “It was an easy choice,” said Allen Rafalson, who stepped down after 15 years in the post. “I am confident she will continue to carry out our work in the spirit, style and principles that our founders shaped 78 years ago. Her outstanding journalism record speaks for itself.” The nonprofit group hosts professional workshops and honors outstanding local journalists at its annual awards dinner. Ihejirika also is president of the National Association of Black Journalists-Chicago Chapter.