WCCQ FM 98.3, Chicago’s No. 3 country music station, is turning back the clock. Rebranding itself “Today’s Country & The Legends,” the Alpha Media southwest suburban-based station relaunches its country format today with an emphasis on artists from the ’90s and early 2000s. “We can’t imagine a world without George, Garth, Martina, Kenny, Brooks and Dunn and so much more,” read a message to listeners. “WCCQ is a station for country folks who live life with the music up and the tailgate down. So join us as we give new life to some old friends!” In the latest Nielsen Audio survey, WCCQ tied for 30th place with a 0.5 percent audience share. Country competitors WUSN FM 99.5 tied for sixth with a 3.7 share, and WEBG FM 95.5 ranked 23rd with a 1.6 share. 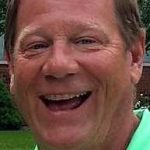 Yes, that was Dan McNeil on WSCR AM 670 Sunday morning, co-hosting with Danny Parkins. It marked a return to the Entercom sports/talk station where Danny Mac once drew high ratings as Monday-through-Friday midday personality. He’ll be back next Sunday (with Tim Doyle) and continue at least through Super Bowl weekend. McNeil last worked for The Score in 2014 when he chose not to renew his contract. After a brief run as morning co-host on Hubbard Radio classic rock WDRV FM 97.1, he most recently has been hosting a sports podcast and voicing commercials for a Ford dealership in Highland, Indiana, where he also works as a salesman. 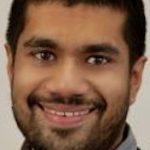 Tanveer Ali, who was highly regarded as data reporter and social media specialist for DNAinfo.com Chicago, has been hired as digital media specialist at the Chicago Sun-Times, where he will focus on graphics and data. A graduate of Columbia University and Northwestern University’s Medill School of Journalism, Ali earlier produced multimedia reports for Chicago Public Media WBEZ FM 91.5, Columbia Journalism Review, Good Magazine and the Chicago News Cooperative. He also worked for The Detroit News and The Hartford Courant. 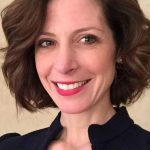 Mazel tov! Kerry Lester, former political editor, columnist and senior writer at the Daily Herald, has tied the knot with Michael Kasper, a Democratic attorney and lobbyist with strong ties to House Speaker Michael Madigan. News of the mid-December marriage was first reported by conservative pundit Dan Proft’s Local Government Information Services. Lester took a buyout from the Daily Herald in November to pursue “other opportunities in and outside the news business.” Except for a two-year run as Springfield bureau chief of the Associated Press, Lester had worked for the Daily Herald since 2006.

Publicity Club of Chicago welcomes “Chicago’s TV News Gatekeepers,” a panel of top assignment editors, including Carly Luque of CBS-owned WBBM-Channel 2, Angie Rosemond of NBC-owned WMAQ-Channel 5, and Jennifer Struzik-Gates of Fox-owned WFLD-Channel 32. The monthly luncheon of the PCC will be Wednesday at Maggiano’s, 516 North Clark Street. I am honored to serve as panel moderator.

Friday’s best comment: Joel Rio: [Brittney Payton is] one of the few people in this city who was automatically loved by everyone. She truly is one of the princesses of Chicago. She deserves all she has achieved as she exhibits style and class in everything she does.