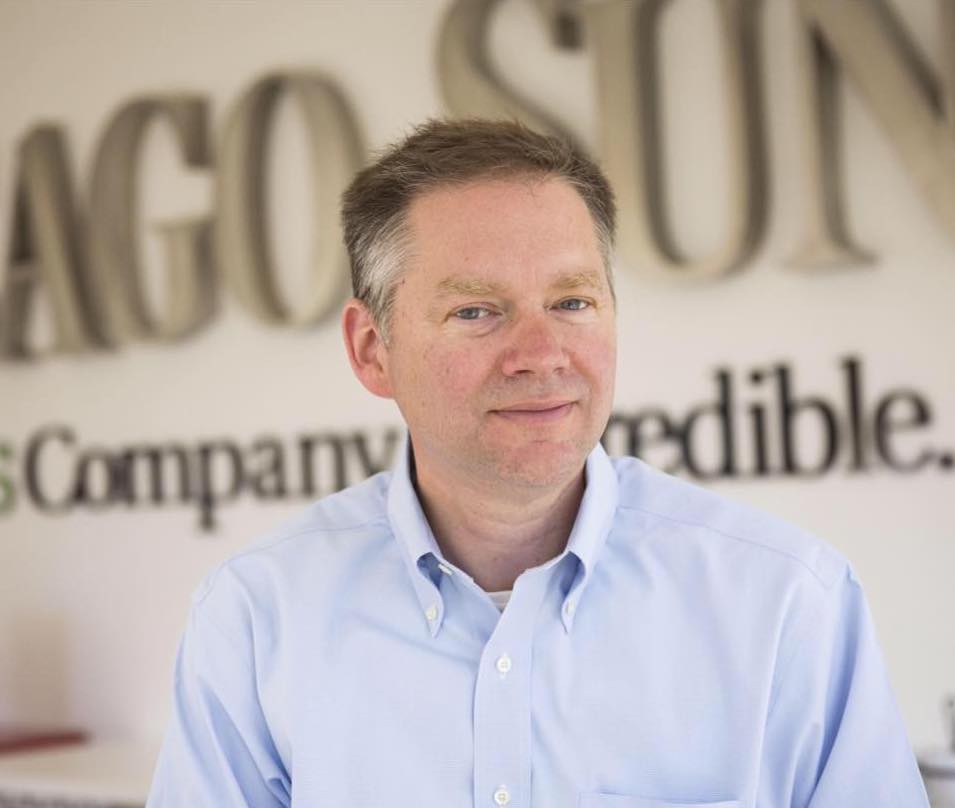 Jim Kirk, the veteran journalist and media executive who led the Chicago Sun-Times through five of its most tumultuous and challenging years, resigned Friday as publisher and editor-in-chief to join Chicago Tribune parent company tronc.

Kirk, 52, was named senior vice president of strategic initiatives for troncX, the digital content and commerce division of tronc. He will report to Tim Knight, president of troncX and former CEO of Wrapports LLC, previous owner of the Sun-Times.

“We are excited to welcome Jim to our team,” Knight said in a statement. “He is a veteran newsman who has spent the last decade executing on a variety of newsroom transformations. He understands how to use the latest tools and technology to bring to our audiences.

“We are focused on the launch of our new content management solution, which will allow us to grow and engage our audiences across the country. Jim will be instrumental in helping us achieve this goal.”

The move comes one month after tronc lost a bid to acquire the Sun-Times to an investment group headed by Edwin Eisendrath, the former Chicago alderman, and backed by a coalition of labor organizations. At the time, Eisendrath had said he hoped Kirk would stay on as publisher and editor. He reiterated his intention to retain Kirk in an interview earlier this week.

In a statement published by the Sun-Times, Eisendrath said: “Jim Kirk has been a critical part of everything good that has happened at the Sun-Times. His stellar journalistic values and judgment; his incredible work ethic, and his leadership through very difficult times — these things set him apart as a newsman and as a person.

Managing editor Chris Fusco will lead the newsroom on an interim basis, the paper said.

Of his tenure at the Sun-Times, Kirk tweeted: "Very proud to have been part of this organization the last 5 years. Great journalists doing exceptional work daily."

In a statement released by tronc, Kirk said: “I'm pleased to join the company during this time of rapid change and reinvention in the media industry. I'm looking forward to working with some of the best, award-winning news organizations in the country and helping them grow their audiences through new and innovative content offerings. Tronc has some of the most well-respected newsrooms across the country and I’m looking forward to working with them.”

Kirk not only will be reunited with Knight but also with Michael Ferro, the chairman of tronc who hired Kirk at the Sun-Times when Ferro was chairman and a principal owner of Wrapports. It’s also a homecoming for Kirk, who was a reporter, columnist and editor at the Chicago Tribune earlier in his career.

In his newly-created role, Kirk will work in each of the company’s nine markets and its digital properties in executing plans to accelerate the company’s digital growth to develop "strategic plans that leverage the company’s new content management system," according to a company statement.

Kirk, who served as senior vice president and editor-in-chief of the Sun-Times since April 2012, was named publisher in June 2013. It marked the first time the roles of editor and publisher were combined at the city’s No. 2 daily newspaper.

A native of south suburban Dolton and a 1987 graduate of Illinois State University, Kirk began as Midwest managing editor for Adweek and as a reporter for the Sun-Times. He moved to the Chicago Tribune, Bloomberg News, the Chicago News Cooperative and Crain’s Chicago Business before rejoining the Sun-Times in 2012.