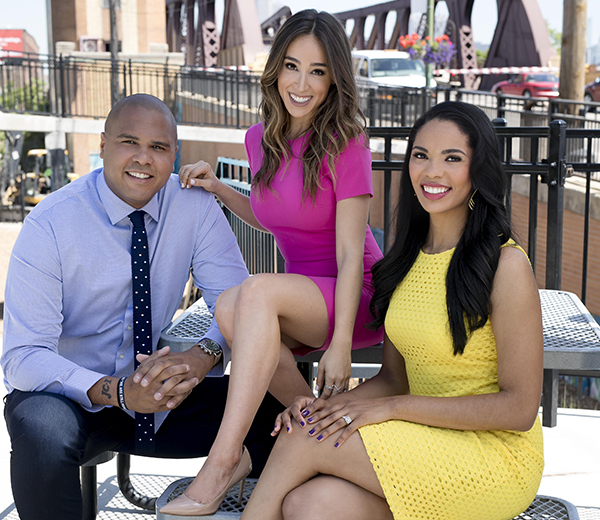 Hosts of “The Jam” (from left): Jordan Cornette, Danielle Robay and Felicia Lawrence

The hosts have been hired, the set is being built and rehearsals are underway on what Weigel Broadcasting promises will be “a whole new fresh take” on morning television for Chicago.

Sometime later this summer — an exact date has not been announced — WCIU-Channel 26 will launch “The Jam,” a live two-hour morning news show with a decidedly youthful, urban edge. It’s the station’s latest effort to draw the 25-to-54 audience and cash in on the advertising bonanza at sunrise.

From 6 to 8 a.m. Monday through Friday “The Jam” will replace “You & Me,” the talk and entertainment show that aired for more than seven years on The U but never made a dent in the ratings. Until last March it was hosted by Jeanne Sparrow and Melissa Forman, two genial and talented former radio personalities.

“ ‘You & Me’ had a great team of people behind the scenes and hosts who were committed to the show,” said Steve Bailey, head of local programming and creative for The U. “It’s not to say there wasn’t a lot of heart and soul put into it for sure. We tried things. That’s the nature of the business. I just think the community didn’t embrace it as much as they did other morning news programs.”

On Thursday Weigel Broadcasting unveiled plans for “The Jam” and introduced its three new hosts:

Field reporters on the show will include two holdovers from “You & Me,” Jon Hansen and Ashley Barnes, and Brandon Pope, a reporter and weekend news anchor from WBND, Weigel Broadcasting’s ABC affiliate in South Bend, Indiana.

All six will be under the direction of executive producer David Plummer, a Chicago television veteran recently hired from ABC 7’s “Windy City Live.” 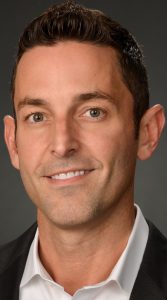 In developing the concept for “The Jam,” Bailey drew on his experience as vice president of marketing and promotions for “The Daily Buzz,” a nationally syndicated morning news program that originally ran from 2002 to 2015. He joined Weigel Broadcasting last October from Media General, where he was director of programming and affiliate marketing.

“ ‘The Jam’ isn’t your traditional morning newscast,” Bailey said, pointing to an array of technical dazzle, a unique presentation of weather coverage (which he’s keeping under wraps), and an emphasis on digital lifestyles. “Most people these days start consuming from the second they grab their phone to turn their alarm off and start reading the news of the day,” he said. “So our approach to giving them that information is very much going to be from that same mind set.”

Hosts Cornette, Lawrence and Robay won’t just deliver local and national headlines, Bailey said, but will offer their opinions on the news from their personal perspectives. “They’re really going to talk out the issues that are going on in the city, in our neighborhoods. . . . I want people who watch ‘The Jam’ to see Jordan and Felicia and Danielle as their friends or family members because they are so genuine and real. They just click.

“ ‘The Jam’ is going to showcase everyday Chicagoans — the people in the city and the surrounding suburbs in a way that no one else is doing. I think when you look at the pace of morning news and how they deliver news, everyone else does it in a very similar fashion. They don’t get a chance to explore a lot of the great people who make Chicago the best place to be. There are so many stories to tell in every single neighborhood of this city. And we are so committed to doing that.”