No one would have been surprised if RedEye Chicago had closed forever. With the rise of mobile devices and social media, the Chicago Tribune’s grand experiment in publishing a free newspaper for young adult commuters had run its course.

Last Friday marked the final appearance of RedEye as a daily print tabloid after 15 years, bowing out with a 16-page edition just slightly larger than many of the 12-page issues being turned out lately. 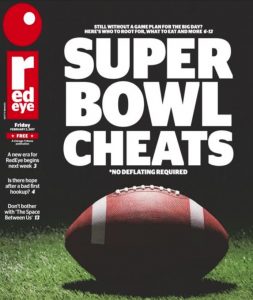 (Look for the Sun-Times to capitalize on the demise of the weekday RedEye by giving away 12,500 free copies throughout the city at L stops and Metra stations downtown on Monday, Tuesday and Wednesday.)

But the requiem will be short lived. On Thursday RedEye will return as a weekly dining and entertainment guide. The inaugural issue, expected to exceed 40 pages, will be themed to Valentine’s Day.

“Our weekly editions will be jam-packed with tips on how to make the most of those precious weekend hours, from helping you plan a last-minute date night to decoding the menu at that new rum bar downtown,” read an editor’s note. “Think of us as your definitive guide to living your best life every weekend.”

RedEye’s popular digital newsletter Eat. Drink. Do., which reaches more than 33,600 subscribers, will expand from one day a week to two — on Mondays and Thursdays. Social media platforms will be enhanced too.

Since the makeover was announced last month, comparisons have been made between the new RedEye and the Chicago Reader, the 46-year-old alternative weekly now owned by the Sun-Times and widely valued for its authoritative entertainment listings. But that’s where the similarities end. RedEye won’t have any of the news, politics, commentary or literary style of journalism that remain hallmarks of the Reader. Nor will it have anywhere near the staff. 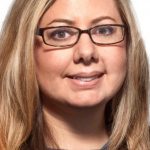 Overseeing the relaunch of RedEye is Andrea Hanis, who continues as editor of Blue Sky Innovation, the print and digital initiative covering entrepreneurs and innovators that she has headed since 2013. Hanis, an innovator herself, is perfect for the job. Among department heads and sections editors, she was a star at the Sun-Times and Crain’s Chicago Business before joining the Tribune in 2011.

“RedEye’s biggest fans today gravitate to Eat, Drink and Do,” Hanis said Friday. “They want to know what’s going on in Chicago and share the experience of exploring the city, through the voice of people their own age.

“And the weekly newspaper will really focus on that – it will be a heftier-size publication than we’ve been used to lately from RedEye, and with many members of the same staff working on it. They really understand a young, diverse readership and speak the RedEye language," she said.

“On digital, its social media and newsletters now make up a large part of its reach, and those readers will get more of what they want most. We think this is a great opportunity for a brand that so many people have so much affection for.”

At the new RedEye, Eat & Drink and Lifestyles editor Morgan Olsen will head a small staff of writers and will report to Hanis. Design, production and other functions will be handled by the Tribune.