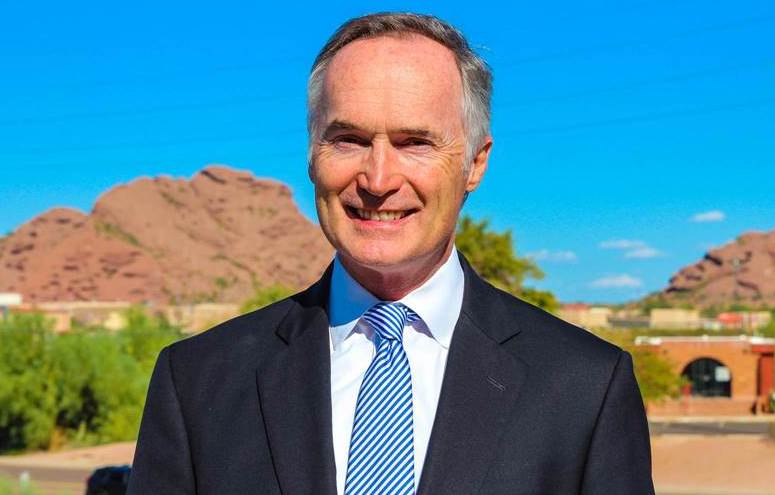 Hubbard Radio has tapped its sales director in Phoenix to head the company’s station group in Chicago. Jeff England was named Monday to succeed John Gallagher, who was forced out in September as vice president and market manager of Hubbard Radio Chicago. England will oversee hot adult-contemporary WTMX FM 101.9, classic rock WDRV FM 97.1 and adult contemporary WSHE FM 100.3. Before joining Hubbard as vice president/director of sales in Phoenix, he served as market manager for the Clear Channel cluster there. “We have legacy brands and great people at Hubbard Chicago,” England said in a statement. “I look forward to working with our team to grow our audiences, our clients’ businesses, and serve our community.” 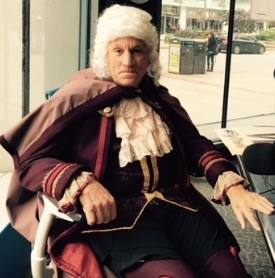 Dressed as Alexander Hamilton for Halloween, Jimmy deCastro was the guest of honor Monday at a costume party marking his last day as president and general manager of WGN AM 720. Joining employees, friends and family in Tribune Tower’s Campbell Hall were members of the Chicago Blackhawks and Northwestern University athletic organizations. After three and a half years at the Tribune Broadcasting news/talk station, deCastro stepped down to focus on The Content Factory, his Evanston-based national syndication and new media company. There are no plans to replace him. Content and programming chief Todd Manley and sales director Jeff Hill will report directly to Larry Wert, president of broadcast media for Tribune Broadcasting. 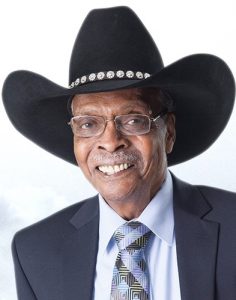 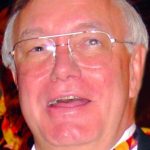 A tip of the hat to Rick Jakle, a great gentleman and esteemed broadcaster, who’s retiring after 50 years in the business. On Monday he announced the sale of three stations — WRMN AM 1410 in Elgin, WBIG AM 1280 in Aurora, and KSHP in Las Vegas — to Memphis-based Pollack Broadcasting. Tim Disa served as broker on $2 million deal, which is expected to close in early February. Jakle sold his namesake FM station, WJKL FM 94.3, in 2007. “The greatest privilege in my professional life was coming to WRMN as a young 24-year-old broadcaster way back in 1966,” Jakle said in a statement. “I am most proud of building and operating great local radio facilities, creating and developing the ‘Radio Shopping Show’ concept 36 years ago, and being fortunate enough to build a dedicated staff of great people.” 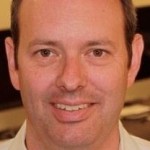 Veteran Chicago journalist Robert Herguth has returned to the Sun-Times as a part-time investigative reporter. Herguth, who most recently was director of investigations for the Better Government Association, previously worked for the Sun-Times as an assignment editor, assistant metro editor and reporter. He’ll now work three days a week with the paper’s Watchdogs unit. Herguth resigned from the BGA last June along with Robert Reed, who was director of programming, in a disagreement over changes in the organization’s structure and strategy. In September Reed joined the Chicago Tribune as a business columnist.

Even classical music radio is in on the World Series rivalry: Window to the World Communications’ WFMT FM 98.7 has a friendly wager with its classical counterpart in Cleveland, WCLV. If the Cubs win, WCLV will play Steve Goodman’s “Go, Cubs, Go” in morning and afternoon drive, send its prize bust of Beethoven to WFMT, and deliver a six-pack of Burning River Ale and a bottle of Cleveland’s hometown mustard. If the Indians win, WFMT with play “Cleveland Rocks,” send its beloved bust of Schroeder playing the piano to WCLV, and deliver a Vienna Hot Dogs condiment gift package and six-pack of Lagunitas IPA.