Wednesday marked the debut of “Backseat Rider,” the weekly podcast series hosted and produced by former Chicago newsman Anthony Ponce. Last July Ponce quit his job as weekend news anchor at NBC-owned WMAQ-Channel 5 to become a full-time driver for Lyft and record his conversations with passengers. The result is the new series for PodcastOne, the nation’s leading advertiser-supported podcast network. “I created ‘Backseat Rider’ to capture the human experience through the lens of unfiltered, everyday people,” Ponce said in a statement. “I’m thrilled that PodcastOne shares this vision, and could not be happier to be joining its amazing lineup.” 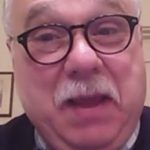 Is “Bozo” really coming back to WGN-Channel 9? Well, sort of. Joey D’Auria, who played Bozo the Clown for 17 years on the Tribune Broadcasting station, will be in the house Friday to appear on “WGN Morning News.” He’ll turn up during the 7, 8 and 9 a.m. hours with Dean Richards to promote his voice role in a new animated movie, “Yo-kai Watch,” and talk about his post-Bozo life and career. Does D’Auria ever miss the clown makeup? “No,” he said in an interview last week. “That’s why I finally got to grow a mustache.” 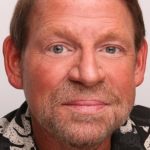 Champing at the bit to cover the Chicago Cubs, Terry Boers says he’ll return to his afternoon show alongside partner Dan Bernstein on October 24. Boers has been off CBS Radio sports/talk WSCR AM 670 since June for surgery and treatment for an undisclosed illness. In an on-air call from the hospital Wednesday, he told The Score’s Matt Abbatacola and Chris Rongey how much the Cubs aided his recovery: “It recharged my life that I could spend the summer with baseball,” Boers said. “It’s been a godsend to me that I could sit around, lucky enough, fortunate enough, that there was enough of me left to sit around and watch baseball no matter what the pain level. No matter what it was. You know what I mean? I could still sit down and watch baseball and enjoy every damn minute of it. That’s the one saving grace.”

Maudlyne Ihejirika, the celebrated Sun-Times reporter and assistant city editor, has taken on a new role at the paper. She just launched "The Chicago Chronicles," an ongoing series of special reports designed to "focus on people-driven stories that aim to inspire others,” with emphasis on news in the African-American and Hispanic communities. Her first installment was a Sunday spread on St. Sabina Church's 100th anniversary and its activist priest, Father Michael Pfleger. Ihejirika, who first joined the Sun-Times in 1987, is the author of Escape from Nigeria: A Memoir of Faith, Love and War.

Univision Chicago WGBO-Channel 66 has become the first Spanish-language news organization in the country to align with PolitiFact, the Pulitzer Prize-winning fact-checking initiative launched by Poynter Institute’s Tampa Bay Times. Noticias Univision Chicago news anchor Mariano Gielis will use PolitiFact Illinois data each week to report on the accuracy of political ads and statements by elected officials and candidates. “As a mission-driven company, we are committed to informing our Hispanic community on the issues that matter during the election cycle,” Teri Arvesu, Univision Chicago news director, said in a statement. “By partnering with PolitiFact, we’re able to provide vital facts and information on the election in a clever and entertaining way.” Earlier this year, Reboot Illinois, the political journalism website and daily newsletter, announced a partnership with PolitiFact. 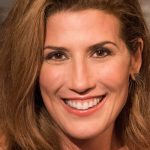 “Check Please!” the weekly restaurant review series on Window to the World Communications WTTW-Channel 11, kicks off its 16th season Friday with a new online feature: Guests will share “confessionals,” revealing behind-the-scenes experiences taping the show. “‘Check Please!’ has, unquestionably, evolved into one of the most influential resources for Chicagoans to explore our area’s restaurants, and has driven countless diners to these establishments to try them out,” producer David Manilow said in a statement. Catherine De Orio returns as host of the show, airing at 8 p.m. Fridays. 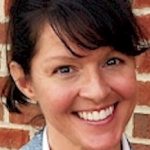 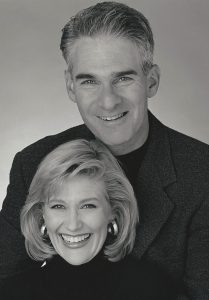 Veteran Chicago broadcast journalists Mary Ann Childers and Jay Levine, who last anchored together at CBS-owned WBBM-Channel 2, will deliver the news on election night at a benefit for four organizations dedicated to the advancement of women. The wife-and-husband team will host “Election Watch 2016: Together For History” from 7 to 11 p.m. November 8 at AceBounce, 230 North Clark Street. It’s a fundraiser for YWCA Metropolitan Chicago, Chicago Foundation for Women, the Women’s Business Development Center, and Women Employed. For ticket information see: http://bit.ly/2dNJWCA.