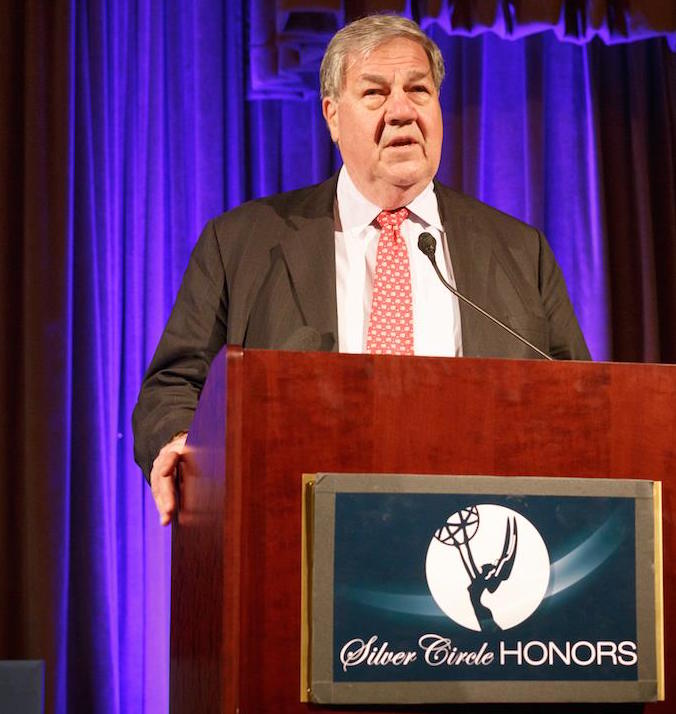 Dennis Swanson, a television industry giant credited with discovering Oprah Winfrey and catapulting ABC-owned WLS-Channel 7 to the top of the ratings, has called it a career.

“After 60 years in this business today will be my last,” he wrote to friends in an email Friday. He and his wife were in Africa with three of their grandchildren this week and could not be reached for comment.

A graduate of the University of Illinois and Marine Corps officer, Swanson began as a news producer at Tribune Media WGN-Channel 9 and later worked as a field producer, assignment editor and occasional sportscaster at NBC-owned WMAQ-Channel 5.

After a stint at KABC in Los Angeles, Swanson burnished his reputation as a fixer at ABC 7 in Chicago, where he became vice president and general manager in 1983. In short order he lifted the station from last place to first through such inspired moves as hiring Winfrey, an unknown talk show host from Baltimore, to revive “A.M. Chicago.” He also lured top news talent, including John Drury and Floyd Kalber, and added the popular syndicated programs “Jeopardy!” and “Wheel of Fortune,” which still are staples of the station’s daily lineup.

In 1985 he was rewarded with promotion to head ABC Television Stations, then ABC Daytime and ABC Sports (where he succeeded the legendary Roone Arledge). He was credited with pairing Kathie Lee Gifford with Regis Philbin as a talk show team. On the sports side, he persuaded the International Olympic Committee to stagger the summer and winter games every two years, and he dropped O.J. Simpson as an analyst on "Monday Night Football."

In 1995 Swanson was inducted in the Silver Circle of the Chicago/Midwest chapter of the National Academy of Television Arts and Sciences. He returned to the academy event last year to present the Silver Circle Award to Larry Wert, president of broadcast media for Tribune Media and a longtime colleague.