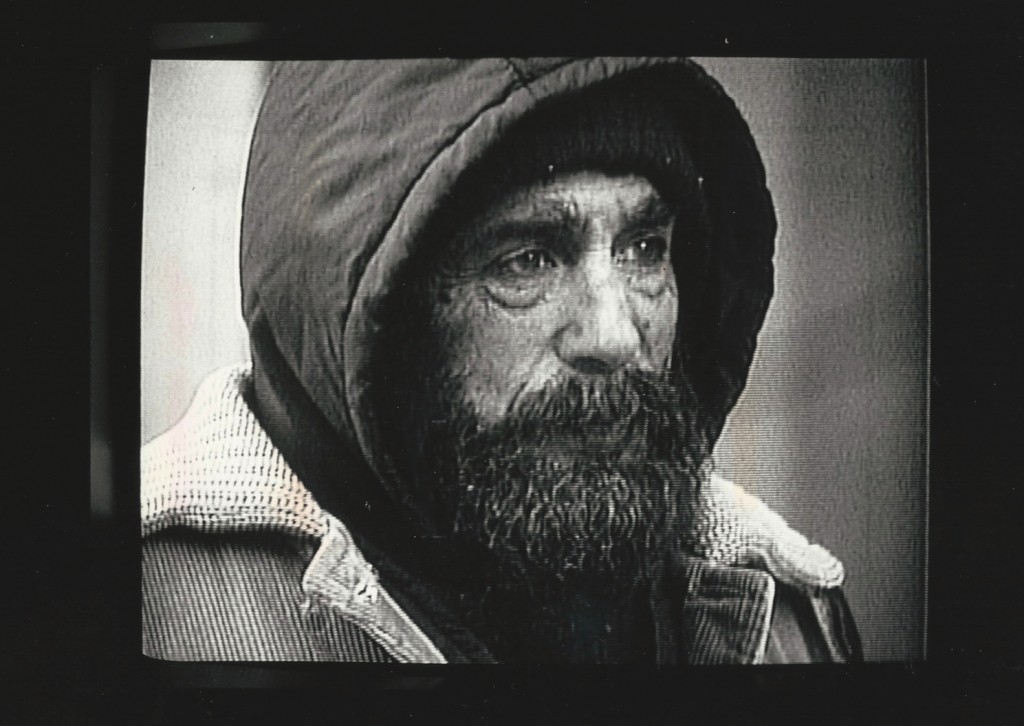 “Mean Street Diary,” which ran six successive nights on CBS-owned WBBM-Channel 2 in February 1991, became a career-defining event for Jacobson. If not the most infamous local sweeps stunt of all time, it’s undoubtedly among the most widely remembered.

“I still hear about it from people to this day,” said Jacobson, 78, now a political analyst for Tribune Media news/talk WGN AM 720. “I think it was a great thing to do.” 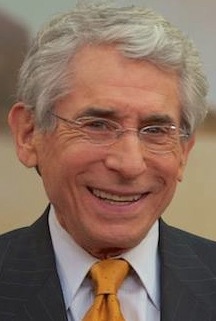 Although the homeless act had been played before by reporters at other stations, the idea of sending one of Chicago’s most recognizable celebrities out in the cold and incognito was the inspiration of Bill Applegate, who’d arrived just four months earlier as vice president and general manager of CBS 2.

“For me, jazzing up for sweeps means three hours with a makeup artist weathering my eyes, yellowing my teeth, and pasting onto my face a knotted beard,” Jacobson recalled in his 2012 memoir, Walter’s Perspective. “In filthy baggy pants, a tattered coat, and a cameraman behind, I’m onto the street into five-below-zero and February’s intolerable winds. I’m going ‘homeless’ for Applegate for forty-eight hours, begging for pennies and morsels, sleeping in boxes on Lower Wacker Drive, and on a floor with a hundred genuinely homeless men in a shelter on South State Street.”

His getup was so convincing that when Jacobson rang the doorbell of Bill Kurtis’s Lincoln Park townhouse, he was sent away unrecognized and empty-handed, according to his producer, the late Jim Edwards, who monitored Jacobson’s odyssey from a news van nearby.

Deborah Segal, who won a Chicago Emmy Award for editing the series, confirmed Edwards’ account: “Jim put him up to it after the shooting was wrapped,” she recalled years later. “Donna [LaPietra] came to the window and Walter asked for money. She told him to get lost. He replied, ‘He [Kurtis] always was a cheap son of a bitch.’ ”

Critics howled at Jacobson’s histrionics, and none mocked him more than writers at the Chicago Tribune.

“Displaying a courage rarely found in anchormen outside of war zones, Walter Jacobson gave up the perks and comforts that his $1 million-plus yearly salary affords and spent 48 hours down-and-out in Chicago,” wrote the Tribune’s Rick Kogan. "It was amazing that he was able to transform an issue of such inherent sorrow and desperation into something that could yield so many moments of great, if unintended, humor.

“There are some who might have looked at Jacobson’s adventure as journalistic slumming, who might have seen the lack of factual detail in the series and believed that Jacobson was exploiting rather than examining the homeless issue. What they fail to realize is that it was all of this — and more: an unparalleled example of self-indulgent, first-person, sweeps journalism.”

A quarter-century later, Jacobson says he can understand why his “Mean Street Diary” was derided so vehemently. But he insists that the series had genuine merit and that it taught him a lot about the plight of the homeless. 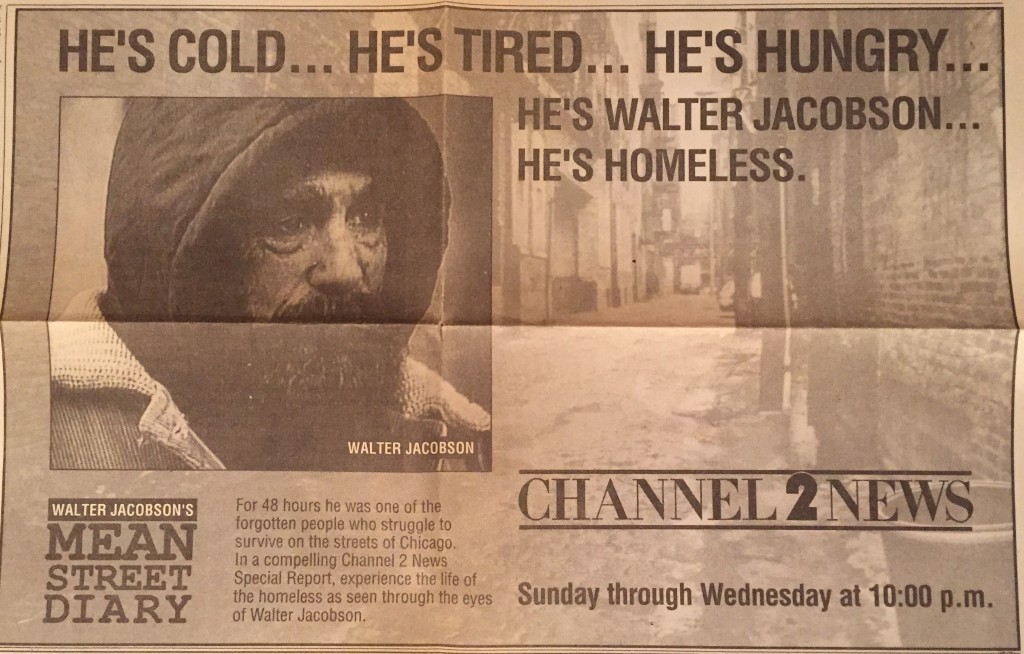