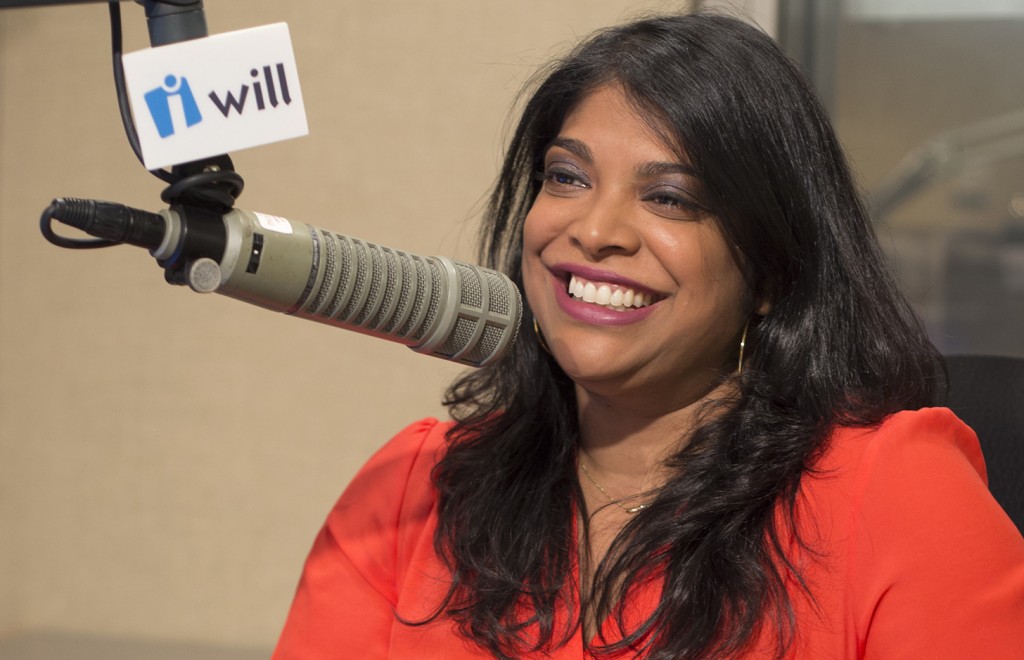 “The 21st” will debut March 14 on WILL in Urbana and WUIS in Springfield, and will be available for simulcast on other public radio stations throughout Illinois. Airing at 11 a.m. weekdays, it also will be accessible via WILL’s streaming services and mobile app.

“We want to establish this hour as one where you will get a chance to connect with people throughout the state, and hopefully learn something about life here in Illinois,” Boodhoo said in a statement Thursday. “I’d love for people to not just tune in, but also talk to each other about what’s happening in Illinois and across the Midwest, the country and the world.”

Boodhoo, who moved to Urbana in November, will broadcast the show from WILL’s main studios there. She’ll also take it to Springfield and other cities from time to time.

“‘The 21st’ will set a new standard in talk radio in Illinois by bringing people together and sparking conversations on air and online around the issues and ideas that affect people’s everyday lives across the state,” Moss Bresnahan, CEO of Illinois Public Media, said in a statement. “The public media audience is evolving and looking to interact with our content in new ways and on all platforms. There’s a real need in Illinois for a program that is relevant, smart and fun and connects people from all walks of life and from all corners of Illinois.”

Boodhoo exited WBEZ after five years last June when the station canceled “The Afternoon Shift,” which aired from 2 to 4 p.m. weekdays. She previously was a business reporter covering local, state and regional news, specializing in the economy and manufacturing.

Before joining WBEZ in 2010, Boodhoo worked in Miami for WLRN, The Associated Press, Miami Herald and South Florida Sun-Sentinel. She began her journalism career in 2000 working for Reuters in London and Washington, DC. A graduate of Calvin College in Grand Rapids, Michigan, she holds master's degrees from Northwestern University's Medill School of Journalism and Florida International University.

Illinois Public Media is the not-for-profit public media service of the College of Media at the University of Illinois.