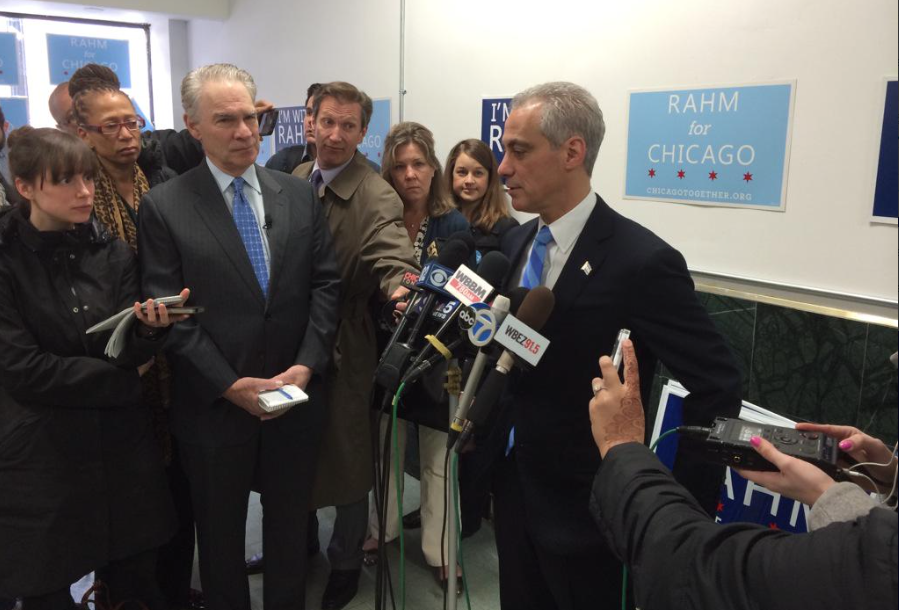 Observing that the mayor maintains “a steely distance from much of the hometown press corps,” Spinner wrote: “He routinely refuses to take questions at press events, changes his schedule at the last minute, and shows up early before the cameras arrive, reporters who have covered him say. Several of the journalists who have followed him during his first term described the relationship as ‘contentious’ — if it can be called a relationship at all.”

In the course of reporting the story, Spinner sought comment from Kelley Quinn, the mayor’s communications director. “After I described the story I was working on, she emailed a list of reporters she wanted me to make sure I had interviewed,” Spinner wrote in the piece.

Who were the reporters Emanuel’s office was so eager for the writer to talk to? Spinner’s story never named them. When I asked her for the list, she politely turned me down.

“If I really thought it would enhance the story, I would have disclosed the names in the CJR article,” Spinner told me. “But providing a list of recommended sources is an act of manipulation. It was not one I wanted to be a part of. And I didn’t need any help. If I had thought there was a legitimate reason to share the names on the list, I would have done it when I wrote the story in the first place.”

In response to a Freedom of Information Act request, I obtained the email correspondence between Spinner and the mayor’s communications staff. On March 18, Quinn wrote to Spinner: “You should reach out to a few reporters like Jay Levine, Neil Steinberg, Fran, and Craig Dellimore, if you haven’t already.”

A few minutes later, Spinner responded: “As you know not everyone will talk in the midst of an ongoing story. But I've got the reporters covered. The piece will be fair. Ask around. I'm know [sic] for being even. I need a statement from you if you have one. Thanks!”