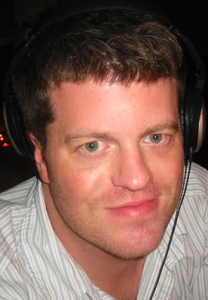 His promotion to the new role comes six months after Grzanich joined the Chicago-based personalizable Internet radio news operation as a reporter and news anchor. He’s best known as former afternoon news anchor at CBS Radio all-news WBBM AM 780, where he signed off after 20 years last December.

“I’m excited and proud to be a part of what I think will be an exciting new era for audio/radio news,” Grzanich said Sunday. “Also to join a team that includes so many talented broadcasters, journalists, innovators and others. As news consumers further embrace the on-demand model, Rivet News Radio is uniquely positioned to become one of their go-to sources locally, nationally and globally. I hope I can contribute to that.”

A native of West Frankfort, Illinois, and a graduate of Southern Illinois University, Grzanich has been a broadcast journalist in Chicago and downstate for three decades, including stints as news director of WTAX in Springfield and anchor/reporter at WLRW in Champaign.

“Steve’s work over the last few days helped keep the election and its aftermath in focus for Rivet listeners,” news strategy boss Charlie Meyerson wrote in announcing Grzanich’s promotion Friday. “He’ll help bring that same focus to our day-to-day coverage of what’s happening in government and politics around the world.”

Here is the text of Meyerson’s memo to staff:

I’m happy to share that our colleague, award-winning radio news veteran Steve Grzanich, has agreed to step into a new role as Rivet’s Government & Politics Editor.

Steve began his broadcasting career at age 15. He’s a five-time recipient of the prestigious Edward R. Murrow Award for Excellence in Broadcast Journalism and he's won dozens of other awards from Associated Press and the Society of Professional Journalists. He’s a former Illinois News Broadcasters Association director and an active member of the Radio-Television Digital News Association.

Steve’s work over the last few days helped keep the election and its aftermath in focus for Rivet listeners, and we’re lucky that, going forward, he’ll help bring that same focus to our day-to-day coverage of what’s happening in government and politics around the world.