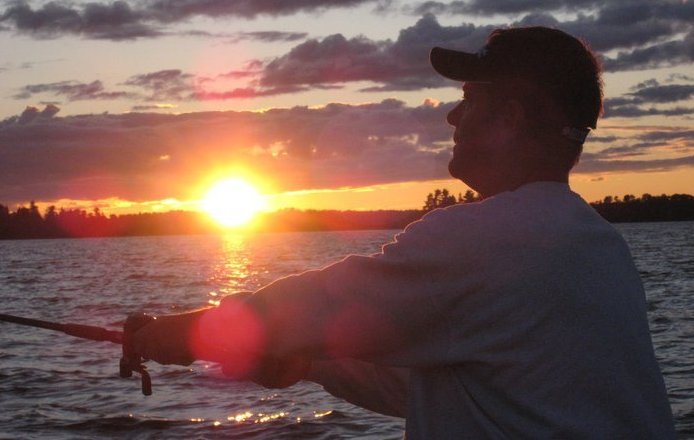 Dan McNeil will have plenty of time for fishing and other pursuits now that he’s officially parted company with CBS Radio sports talk WSCR AM 670.

The mercurial midday personality, who’s been off the air since mid-June, was unable to reach agreement on a contract renewal after five years at the Score, station management announced Friday. His demands reportedly included a move to afternoon drive and a raise from $300,000 to $500,000 a year, according to sources familiar with the negotiations.

The search for McNeil’s midday successor alongside co-host Matt Spiegel is well underway, with former Chicago Bears Patrick Mannelly and Jim Miller considered top candidates. Inside possibilities include Matt Abbatacola and Barry Rozner. A decision is expected by September 2.

“It’s been a great ride for the past five-plus years,” Spiegel told listeners in a statement prepared by management at the end of Friday’s show. “I’m confident I will have a great new partner as we head into what could be an epic Bears season.”

A 28-year veteran of Chicago radio, McNeil, 52, tested the loyalty of his bosses, co-workers and fans last December when he returned after seven weeks off while undergoing treatment for addiction to prescription narcotics. In addition to battles with substance abuse and depression, he made headlines over the years for numerous suspensions for his conduct on and off the air. Now many of those who supported him in the past are feeling betrayed and disappointed by his actions in recent weeks.

McNeil posted his last public statement on Facebook July 31 when he wrote: “Sincerest thanks to all who've expressed they miss me. Hang tight. I'm not done world shakin' just yet.”

Whatever his personal failings may be, McNeil has proved to be a potent performer in the ratings throughout his career, and the Score already has begun feeling the effects of his absence. In the latest Nielsen Audio survey, middays on the Score dropped to 23rd overall with a 1.7 percent share and cumulative weekly audience of 258,000. Among men between 18 and 49, “The Mac and Spiegs Show” fell to 15th with a 3.1 share and a weekly cume of 125,100.

Here is the text of the statement Spiegel read on the air:

We all know Mac has been off the air since his contract expired in mid-June. Since then, management and Mac have had ongoing discussions about him returning to work. The station wanted Mac back on this show. But Mac wanted to do some different things. Conversations continued until earlier this week when both the station and Mac decided a new deal could not work right now.

It’s been a great ride for the past five-plus years. We have had fun and hopefully you, the audience, have enjoyed the entertainment we have provided. Thank you all for your patience over the last couple months. I’m confident I will have a great new partner as we head into what could be an epic Bears season.