They’re going at it again.

The latest war of words between the Chicago Newspaper Guild and Sun-Times Media involves a requirement that reporters for the suburban Pioneer Press group produce a minimum number of stories each day or face disciplinary action.

Chafing under what the Guild calls “a confusing but strict quota,” reporters for the 32 Pioneer Press newspapers and websites are required to write a minimum of two and half stories a day. “They’re being warned if they don’t produce the 2.5 minimum, they could lose their jobs,” Guild member Ralph Zahorik wrote in an online post this week.

In order to meet the quota, some union members have resorted to writing “skimpy stories,” according to the Guild post. “We have to scramble to meet our quotas so we go for the low-hanging fruit,” one reporter told Zahorik. “It’s News lite,” said another.

“Our reporters are professional, award-winning journalists,” Craig Rosenbaum, executive director of the Guild, was quoted as saying. “They should be focusing on substantive, hard-hitting news, not fluff.”  The Guild has filed a grievance demanding that the company “immediately cease and desist from issuing further discipline based on a story quota that is not only unfair, but also erodes the journalistic integrity and professionalism of the journalists that the Guild represents.”

Management sources confirmed that reporters are expected to generate a steady flow of content throughout the week in order to keep the papers’ websites fresh with new material. 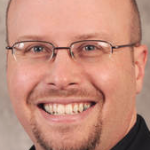 The latest imbroglio took on a particularly personal tone with the Guild singling out Robert K. Elder, editor-in-chief of Sun-Times Media Local, for championing a quota system similar to one he enforced as regional editor of AOL’s Patch.com from 2010 to 2012.

Reached Thursday, Elder declined to comment and referred all inquiries to Ted Rilea, the company’s vice president of labor relations.

In his official reply to the Guild, Rilea called the Pioneer Press quota “a reasonable response to our changing landscape [that is] embraced by just about every other news organization around the globe.”

“Since we’ve instituted new daily goals, we have seen traffic on our Pioneer sites grow, significantly,” Rilea wrote to Rosenbaum. “All the company has asked is that your members work with us, not against us, in achieving this critical goal.”

Here is the full text of Rilea’s message to Rosenbaum:

I was given a copy of the Newspaper Guild’s most recent posting regarding “Pioneer Press Quotas.”

As you are aware, our industry is undergoing profound change, which means that we must also change in order to meet the expectations of our readers and advertisers. Before making changes two years ago, Pioneer Press reporters were still filing stories based on a weekly print cycle. That meant that days would go by without updated content on corresponding news websites where our growing digital audiences and advertisers were demanding updated content on a daily basis. It only makes sense that to meet those needs, the sites need fresh content every day, not just on the last day of the print deadline.

An empty news website is, by any measure, the surest way to a losing strategy.

Since we’ve instituted new daily goals, we have seen traffic on our Pioneer sites grow, significantly. All the company has asked is that your members work with us, not against us, in achieving this critical goal.

The strategy adopted by Pioneer Press is not only a reasonable response to our changing landscape, it is one embraced by just about every other news organization around the globe. The expectation is set forth in clear guidelines that have been shared with the reporters. The guidelines explicitly direct managers to exercise reasonable discretion and common sense in dealing with reporters who have provided acceptable reasons for not meeting the daily expectation. For example, the guidelines provide managers with discretion to treat work on breaking news or investigative pieces as having satisfied the expectation. Managers have in fact been flexible in their implementation of the guidelines and have responded appropriately when issues have been brought to their attention.

Currently, just about all staff members are meeting or exceeding the story expectation. Every week a review of the previous week’s posting takes place. A recap on the week’s work is done throughout the newsroom and appropriate action, if necessary, takes place.

At a number of meetings we have discussed this subject, and the Guild has taken the position “we just don’t want to do this.” Continued opposition by Guild leadership increases the risk that our websites will remain empty for days at a time, a result that damages our ability to remain competitive. Once again, we encourage Guild leadership to work with us, rather than against us, in implementing a change designed to ensure our collective success.