It’s been three months since the Sun-Times announced that it would “temporarily cease” running comments from readers with its articles online.

Now if all goes as planned, it’ll be at least another three months before comments are reinstated throughout all Sun-Times Media Group websites.

Jim Kirk, publisher and editor-in-chief of the Sun-Times, is tying the return of comments to the introduction of a new content management system, planned for “sometime around the fourth quarter,” which starts Oct. 1. “With the move to the new platform, we are developing a commenting system that will go hand in hand with that,” Kirk told me.

In the meantime, the only way for readers to respond to stories online is through social media — via the paper's Facebook and Twitter pages. 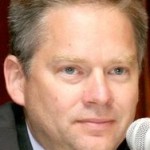 “There are so many people accessing content through social media that I’d like to feel that it’s an adequate solution until we do get a regular commenting platform,” Kirk said. “We want a commenting system that allows people to engage intelligently and professionally, and that from our standpoint, requires the least amount of moderation. You don’t want to have to spend a lot of money having to constantly moderate a commenting section. I think we will get there.”

While the Sun-Times received some negative reaction (including here) when the comments were first shut off, Kirk said, he’s heard no complaints lately and he’s seen no drop-off in online traffic. “Some sites that cover media gave us kudos for it. So it was kind of a mixed bag,” he recalled. “The way we had our commenting set up allowed for trolls to overtake it. That was a big turnoff for readers who did want to engage.”

In announcing the ban on April 12, managing editor Craig Newman told readers: “The world of Internet commenting offers a marvelous opportunity for discussion and the exchange of ideas. But as anyone who has ever ventured into a comment thread can attest, these forums too often turn into a morass of negativity, racism, hate speech and general trollish behaviors that detract from the content.

“To that end, we are working on development of a new commenting system we hope will not only allow for free discussion, but encourage increased quality of the commentary and help us better police the worst elements of these threads. We’ll have more in the weeks to come on this development," Newman wrote.

"Again, we are not doing away with comments. But we do want to take some time and work on the qualitative aspect of how they are handled and how we can foster a productive discussion rather than an embarrassing mishmash of fringe ranting and ill-informed, shrill bomb-throwing.”