Just in time for the 90th anniversary celebration of WGN AM 720, the Tribune Broadcasting news/talk station has brought back its iconic mascot from the past — the cartoon bird named “Chicago.”

This time around, the Bird will roost on social media at twitter.com/wgnbirdchicago.

“Hi. I'm Chicago,” he tweeted. “I’ll keep you posted on all things WGN, The Game Chicago 87.7 FM, WGN.FM, and whatever else comes across my beak!” 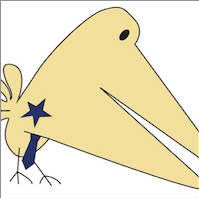 Todd Manley, vice president of content and programming, compared the Bird to Colonel Tribune, the “Web ambassador” and social media face of the Chicago Tribune, which has amassed 791,000 followers on Twitter and 4,200 likes on Facebook since 2008. “The idea is to give the Bird a new life in a new space and really have it be the voice of Chicago through listening to WGN Radio,” he said.

At some point, it may spread its wings to Facebook as well. “I certainly could see a time when the Bird is in a broad space that’s more than 140 characters,” Manley said.

The original WGN Bird, which starred in television commercials, print ads, billboards and other marketing venues, was hatched under Dan Fabian, the station’s vice president and general manager from 1987 to 1996.

Fabian said the concept grew out of a proposal by Marion Dawson, creative head of the former Chicago advertising agency Dawson, Johns & Black. 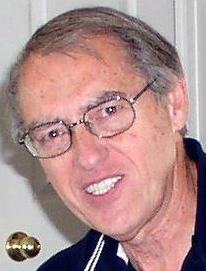 “Dawson had pitched the idea of animating a virtual commercial menagerie to represent all of our on-air personalities,” Fabian told me. “As I recall, [Bob] Collins was to be a big ol’ bear, Spike [O’Dell] a squirrel and Milt [Rosenberg] — big surprise — an owl. Assuming that campaign might rival the government's weekly deficit, however, I suggested he pick one to play with as surrogate for the station's biggest fan.”

Once they settled on a bird, Fabian wrote, produced and directed its celebrity encounters, including one with Bob Hope and another with Wayne Larrivee, Dick Butkus, Jim Hart and William “The Refrigerator” Perry. As the Bird, he wrote a monthly column for the station's employee newsletter. He even voiced an ill-fated audio-animatronic incarnation of the friendly fowl. “The hand puppet didn't exactly take off either,” he recalled.

It went on to become one of the most successful and memorable marketing campaigns in Chicago radio history, although not everyone fully appreciated the effort: “Early in the adventure, I received a rather angry letter demanding an apology for having ‘some clown with a big nose’ play the typical 'GN listener,” Fabian said.