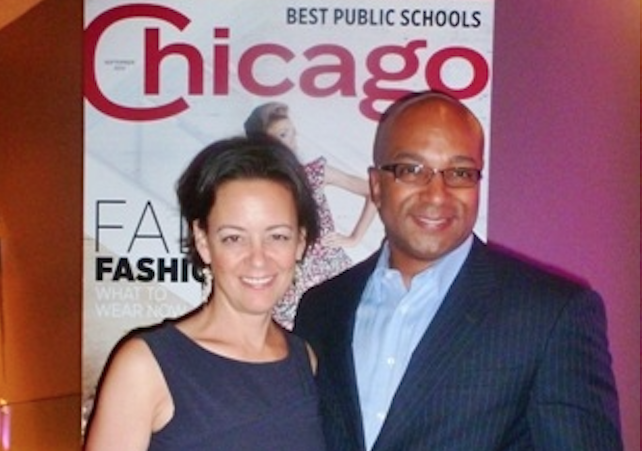 It’s over and out for Rich Gamble after five years as publisher and general manager of Chicago magazine following a long-simmering power struggle with his hand-picked editor.

Gamble announced Thursday that he’s leaving the monthly publication at the end of July to become senior vice president of operations at the Chicago Zoological Society, which runs Brookfield Zoo.

As reported here earlier this month, Gamble lost much of his authority when Chicago Tribune Media Group, which owns Chicago magazine, realigned the editorial chain of command. Under the new arrangement, Chicago’s editor-in-chief, Beth Fenner, now reports to Gerry Kern, senior vice president and editor of the Chicago Tribune.

Fenner previously had reported to Gamble, who hired her in 2011 to succeed Richard Babcock on his retirement after 20 years as the magazine’s top editor. Gamble and Fenner clashed almost from the start, according to insiders, on matters ranging from control of digital operations to budgets and personnel.

Saying he leaves “with mixed emotions,” Gamble told staffers in a memo: “I have enjoyed an incredible career with Chicago Tribune Media Group and have had the honor of serving in leadership roles during my time with the company.  I am proud of the accomplishments we’ve achieved together, of talented teams with whom I had the pleasure to work, and of the progress we made on company-wide projects.”

A Tribune Co. spokesman had no immediate response to inquiries about a replacement for Gamble.

Here is the text of the memo from Gamble to the Chicago magazine staff:

It is with mixed emotions that after 16 years I will be leaving the company.  I have accepted an opportunity to work with the Chicago Zoological Society (CZS) as its Senior Vice President of Operations.  This position provides a unique opportunity to apply my executive skills and experience in a new dynamic environment.  While different from the media industry, I’m thrilled to have the opportunity to give back by working in the fields of conservation education, animal welfare and community engagement.  The CZS, which operates the Brookfield Zoo, is a top cultural icon in the Chicagoland area and is a recognized conservation leader locally and internationally.  I feel so fortunate to pursue my passion, leverage my background and expertise while helping educate the next generation of conservation leaders, including my 6 year old daughter – Lily.

I have enjoyed an incredible career with Chicago Tribune Media Group and have had the honor of serving in leadership roles during my time with the company.  I am proud of the accomplishments we’ve achieved together, of talented teams with whom I had the pleasure to work, and of the progress we made on company-wide projects.  I am very thankful to have earned your trust and the company’s support as we’ve successfully navigated a variety of ever-changing business conditions.

I’m also proud to leave my current role overseeing Chicago and Naperville magazines with these businesses in the strongest financial position that they have been in the last 5 years and with a very capable team in place to lead it into the future.  Given what I know about the most important asset any company has, its people, I look forward to cheering you on as you continue to transform the  media landscape.  It is no surprise that Tribune Publishing and Chicago Tribune Media Group remain among the most iconic and best run collection of media properties in the industry.

I will continue working with you through the month of July to ensure as smooth a transition as possible.