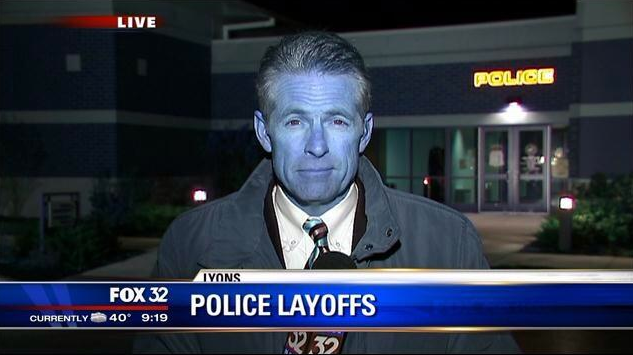 An image captured from Craig Wall's bizarre blue-tinged live shot on Wednesday's 9 p.m. newscast became an instant sensation on the station's Facebook page until management ordered evidence of the mistake to be taken down.

"Welsh went nuts," one insider said, referring to the reaction of general manger Dennis Welsh in a meeting with staff Thursday. The snafu was traced to faulty equipment issues, believed to have been made worse by cuts in technical personnel.

Wall, who was reporting from suburban Lyons on public reaction to a plan to cut the police force from 25 officers to 17, showed a lot more good humor than his bosses when he saw what happened. Here's what he tweeted that night: