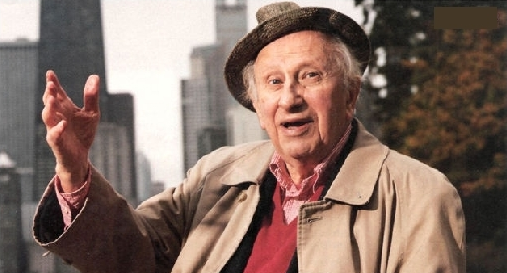 Since its founding in 1966, their Kartemquin Films has been a collaborative mecca for emerging talent and a leading voice for independent media. Their documentaries examining and critiquing society through stories of real people have included such acclaimed films as "The Interrupters," "Hoop Dreams" and "The New Americans." James recently completed a film based on Roger Ebert's memoir, Life Itself.

Also receiving the prestigious awards from the nonprofit Community Media Workshop will be Steve Bogira, reporter for the Chicago Reader, and Alejandro Escalona, Web editor and former political editor for Telemundo Chicago.

Named for the late Chicago broadcaster, interviewer and author, the awards honor media professionals for excellence in covering and reflecting Chicago’s diverse communities. “Terkel believed that everyone had a story to tell,” Workshop president and co-founder Thom Clark said in a statement. “And today more than ever, in the midst of shouters passing for civic discourse, we need to celebrate our common bonds.”

The Workshop will also honor husband and wife Fred and Nikki Will Stein with the inaugural Studs Terkel Uplifting Voices Award, citing “their life’s work in support of organizations and people laboring in underserved communities like the ones Terkel winners cover.”