Coinciding with the start of Native American Heritage Month, the FNX Channel — which stands for First Nations Experience — premieres at 7 a.m. on WYCC-Channel 20.2, the digital tier of the City College of Chicago's public television station.

Launched in 2011, the non-profit FNX is produced through a partnership between the San Manuel Band of Mission Indians and KVCR-TV, the public television station in San Bernardino, Calif. 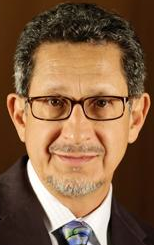 Alfredo Cruz, general manager of KVCR/FNX, said in a statement: “FNX is thrilled to now be in the Chicago market. As you begin making FNX part of your viewing routine, I believe you'll agree that FNX is one of today's most exciting public media programming developments."