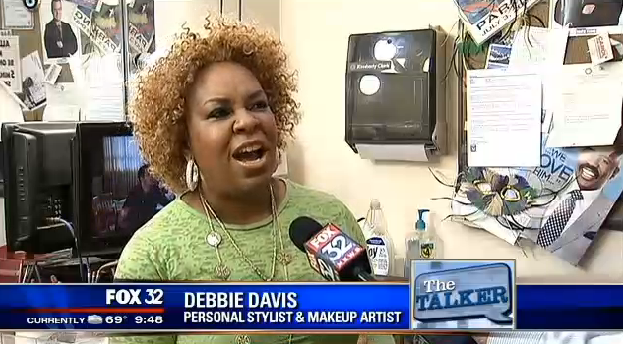 If news anchors and reporters at WFLD-Channel 32 start looking a little less “camera ready” on the air, here’s why: They’ll soon be putting on their own makeup.

In the latest cost-cutting move, the Fox-owned station has dropped its professional makeup artist. Debbie Davis was told this week that she's out after nearly 20 years on the job.

Starting Nov. 1, insiders said, anchors and reporters on Monday-through-Friday newscasts will be responsible for applying their own makeup. There’s been no makeup artist on weekends for some time.

Fox 32 also was the first station in the third largest market to require anchors to operate their own Teleprompters. Studio Teleprompter operator positions were eliminated in cutbacks last year. Now if you look, you can see anchors stepping on foot pedals or pressing hand-held devices to advance their scripts. Hilarity often ensues when things go wrong.

What further indignity will Fox 32 bosses inflict on their air staff? “Who knows?” one wondered. “Maybe they’ll make us dress up like ‘Dancing With The Stars.’ ”

Yet another glimpse into the station’s future may have been leaked — perhaps inadvertently — by the big cheese.

In an interview posted Tuesday on TVNewsCheck.com, Jack Abernethy, CEO of Fox Television Stations, was asked to give examples of some of the things his stations are doing to revamp their newscasts. 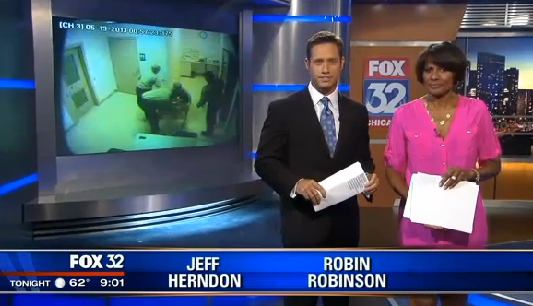 “In Chicago [WFLD], we have got sort of three people really. We’ve got two anchors and then Robin Robinson comes in with her special reports,” Abernethy said.

To the handful of viewers who watch Fox 32’s 9 p.m. newscast, that would come as quite a surprise. Robinson, a 26-year veteran of the station, is co-anchoring the newscast with Jeff Herndon, who was just brought in from Wichita, Kansas, to replace Bob Sirott.

At least at the moment, there are no “three people really,” and Robinson doesn’t suddenly show up with “special reports,” as Abernethy described.

We may not know Jack, but if that’s what he says is happening in Chicago, you better believe it won’t be long before it is.