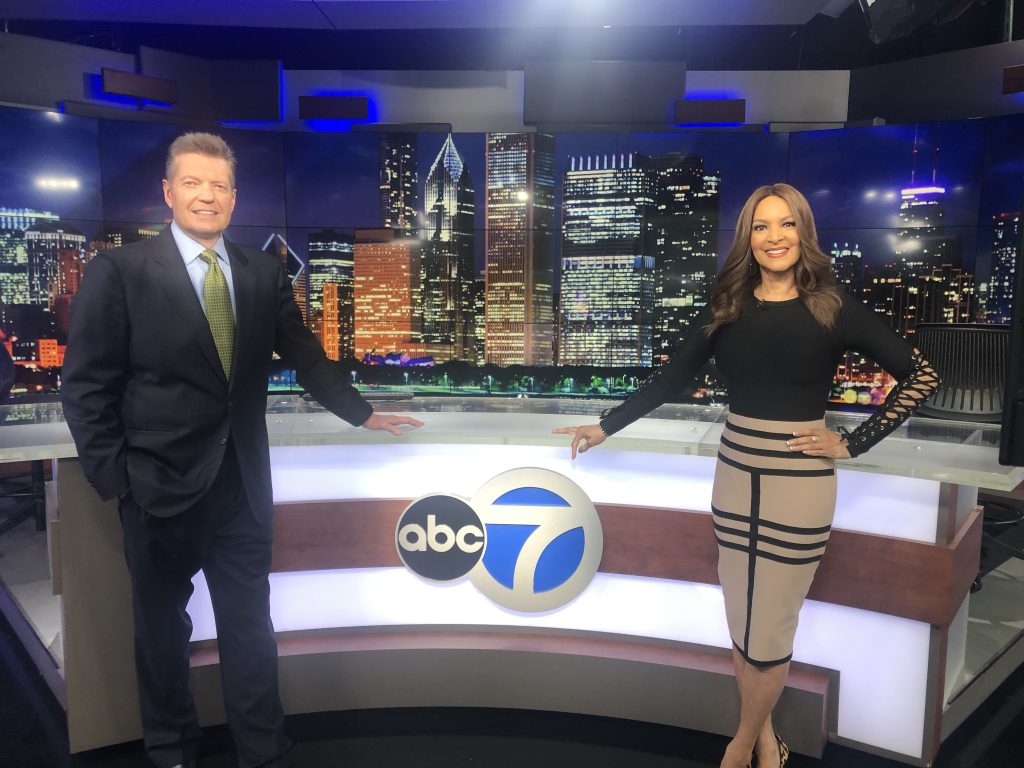 Overall viewership of Chicago's 10 p.m. newscasts declined nearly 14 percent from last year, according to preliminary results of the just-finished May sweep. Ratings fell for every station, but Nielsen figures showed ABC-owned WLS-Channel 7 maintaining its historic lead across the board in all afternoon and evening news time periods. At 10 p.m. Monday through Friday, ABC 7 drew 172,589 households, followed by NBC-owned WMAQ-Channel 5 (117,230 households), CBS-owned WBBM Channel 2 and Nexstar Media WGN-Channel 9 (each with 71,640 households), Univision WGBO-Channel 66 (52,102 households) and Telemundo WSNS-Channel 44 (19,538 households). “Once again the ABC 7 news team, both on and off air, did an outstanding job," John Idler, president and general manager of ABC 7, said in a statement. "Our decades-long winning streak continues to be a source of pride."

WGN had its own success story in May, extending its morning news winning streak in total audience and among viewers between 25 and 54 — the key demographic for advertising. Meanwhile, at 9 p.m. Monday through Friday, WGN led with 113,974 households, followed by Fox-owned WFLD-Channel 32 with 45,589 households. 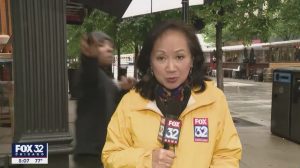 Chicago police are looking for an unidentified man who appeared to point a gun at reporter Joanie Lum while she was delivering a live report about gun violence on Fox-owned WFLD-Channel 32. The incident at the corner of Clark and Hubbard in River North was seen by "Good Day Chicago" viewers at around 7 a.m. Wednesday. Lum and the crew she was working with were not harmed. NABET CWA Local 41, the union representing broadcast technicians, issued a reminder to members to "take precautions" while covering the news. "We can't control the environment we work in, but we need to be aware and put our foot down letting the [assignment] desk know when we don't feel safe," the message said. Lum, a Chicago TV reporter for 34 years, has worked at Fox 32 since 2010. 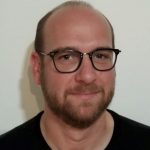 Justin Laurence, former reporter for Block Club Chicago, has been hired to cover the politics beat for Crain's Chicago Business, starting June 6. He replaces A.D. Quig, who's leaving to join the Chicago Tribune as Cook County government reporter. Laurence, a University of Tennessee graduate who also wrote for City Bureau and The Daily Line, has been working as a freelancer for Crain's since March. "In no time at all, he seemed to intuit what sorts of stories are of particular interest to Crain’s readers, and he distinguished himself on the beat as an able competitor," Crain's editor Ann Dwyer told staffers. "Along the way, he earned the respect of [political columnist] Greg Hinz — which is no small thing — and it’s been a delight to watch the two of them forge a working relationship." 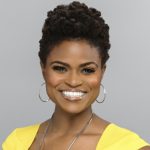 Jewell Hillery, who joined WGN-Channel 9 as a per diem reporter last fall, has been promoted to full-time general assignment reporter. The Chicago native and University of Illinois graduate previously worked at WAPT, the ABC affiliate in Jackson, Mississippi, and WTVO, the ABC affiliate in Rockford. "She has quickly proven to be a reliable and dependable member of the staff," news director Dom Stasi told staffers in an email. Also at WGN, newly named per diem reporters are Christine Flores, who's been a digital content host since 2021, and Andrea Medina, just in from Fox affiliate WXIX in Cincinnati. 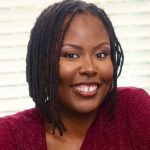 Jhmira Alexander, president and executive director of Chicago-based nonprofit Public Narrative, will host a new audio and video podcast series featuring conversations with community activists, thought leaders and "everyday people working to make a difference in Chicago." Starting Wednesday, "The Public Narrative with Jhmira Alexander" will stream on all podcast platforms and on Public Narrative’s YouTube Channel. “I believe this podcast speaks to the increasing need for equity of voice," Alexander said in a statement. "I’m hoping people are able to relate to the conversations and are inspired to act on behalf of causes they care about.” 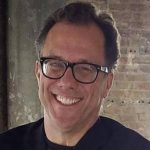 Scott Stantis, editorial cartoonist for the Chicago Tribune, just signed his first book deal. American Messiah, a graphic novel created with Ted Rall, will be published later this year by NBM Publishing. Stantis and Rall also collaborate on a weekly podcast, "DMZ America," and Stantis continues to draw the syndicated comic strip Prickly City. The San Diego native joined the Tribune in 2009 after working for the Birmingham News, Orange County Register, Memphis Commercial Appeal and The Arizona Republic. He shifted to freelance status with the Tribune in 2019.

Thursday’s comment of the day: Heather Warthen: Couldn’t be a nicer family! I met both Maddy Wierus and her dad [Jeff Wierus] during my time as editor of The Orland Park Prairie and they are two amazing people! The Chicago market is lucky to have them!