They will be honored for their contributions to the profession May 6 at the organization’s 45th annual Peter Lisagor Awards dinner at the Union League Club of Chicago. The ceremony will be emceed by Tonya Francisco, host of “Daytime Chicago” on Nexstar Media WGN-Channel 9.

Starting in 1970, Cameron's run as City Hall reporter spanned more than five decades and two radio stations — first the former WMAQ and then Cumulus Media news/talk WLS 890-AM. He retired from WLS in 2021.

Glanton, who joined the Tribune in 1989, served as associate metro editor and Atlanta bureau chief before she became a columnist focusing on issues of race, poverty, violence and social justice. She accepted a buyout from the Tribune in 2021. 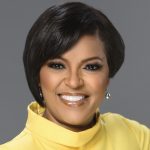 Named for the late Washington bureau chief of the Chicago Daily News, the Lisagor Awards honor excellence in journalism in 100 categories, encompassing newspapers, magazines, TV, radio and digital media. (Here is the link to the finalists.)

This year will mark a return to an in-person event for the Lisagor Awards after back-to-back virtual ceremonies. It also will highlight the organization’s delayed 100th anniversary celebration.

“The Chicago Headline Club is an institution that has promoted, prepared and protected journalists for 100 years," Amanda Vinicky, president of the organization, said in a statement. "This year's Lisagor Awards ceremony will celebrate a century of standing up for the public’s right to know, as we work to bolster journalism in Chicago for the next 100 years.”

Friday's comment of the day: Frank Baker: What made the original Sportswriters compelling was the fact that you had four "older" guys, smoking cigars and engaging in the same type of sports-conversation that the average sports fan might engage in at a bar or in his barber shop. No filter. No attempt to be "politically correct". Just straight-up honest opinions from the panel. And if certain people were offended by their banter, too bad. Those who were offended could change the channel. They threw caution to the wind. I don't see how, in today's 'climate', the new show can capture that same type of freedom to be open and honest and, yes, sometimes offensive.