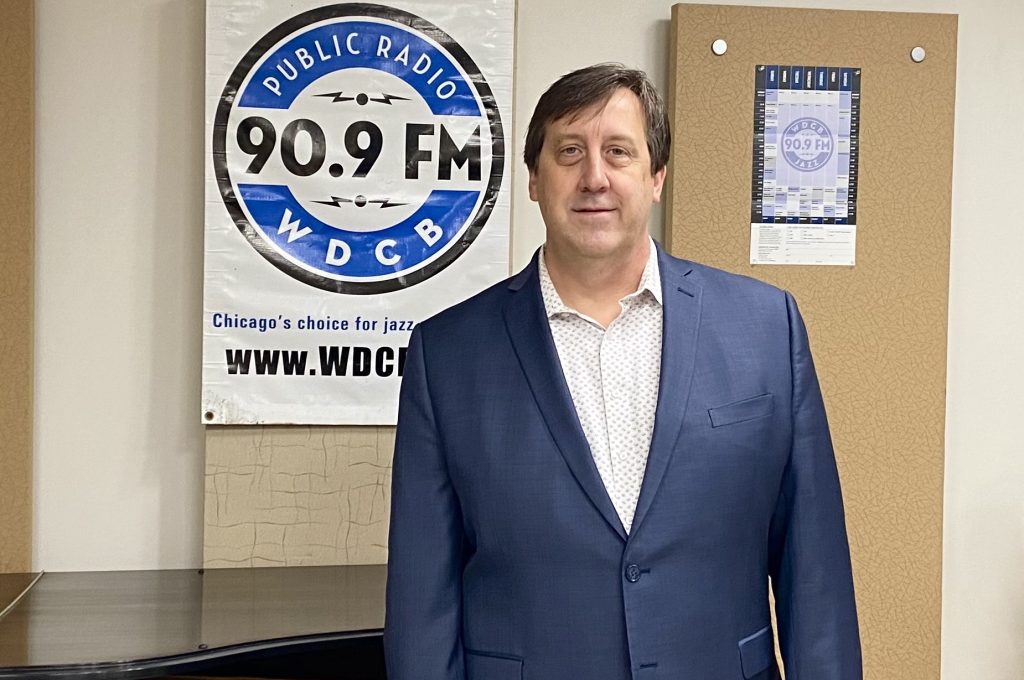 As a mainstay of public radio in the Chicago area for more than two decades, Dan Bindert has worked to keep the sounds of jazz in the air with the passion of a true fan.

Since 2013 he’s been station manager of WDCB 90.9-FM, the noncommercial public station licensed to the College of DuPage in Glen Ellyn. There he has expanded jazz programming dramatically and championed an array of outdoor jazz concerts, jazz and blues nightclub events and a jazz documentary film series.

It’s the culmination of a lifelong love of jazz and radio for Bindert, 54, a Hillside resident who was born in Rochester, New York, and landed his first radio job as late-night jazz and blues host at WXXI in his hometown.

After several stops along the way, he came to Chicago in 2000 to join Chicago Public Media WBEZ 91.5-FM as jazz host, arts producer and news anchor, followed by a stint as vice president of radio operations and morning host at Lakeshore Public Radio in Northwest Indiana.

It was at WDCB that Bindert found what former Chicago Tribune jazz critic Howard Reich called “his dream job.” Within weeks Bindert had jazz airing at all hours. “Not bad for a station based at the College of DuPage, in Glen Ellyn, a scenic western suburb not typically considered a nexus for this quintessentially urban music,” Reich noted at the time.

As WDCB approaches its 45th year on the air, Bindert reflected on the station's enduring commitment to jazz, his good fortune to be working in public radio and whether the ratings even matter.

Q. Your slogan is “Chicago’s Home for Jazz,” but you actually have quite an eclectic lineup of programs. How would you describe the format?

A. More than 130 of the 168 hours in our weekly schedule is jazz . . . so jazz is our identity and primary focus. Chicago is still the world capital of the blues, too, so we're proud to offer a robust selection of blues programming. Our Saturday nostalgia shows have a huge audience and connect us to history, while our specialty shows with everything from folk and Irish music to Latin jazz allow our knowledgeable hosts to extend [the college's] cultural and educational mission even further.

Q. How has jazz been able to thrive on your station while so many others have dropped it? 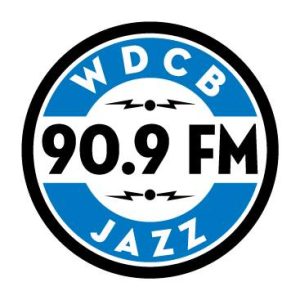 A. Many of the public radio stations around the country that used to carry jazz were split-format NPR news/jazz stations like WBEZ used to be. As those stations took on more of a corporate mindset, they pushed music and arts to the margins, and jazz became the odd man out. And let's be real here: Jazz is a product of Black American culture and the old-line foundational resources and big corporate money that has tended to shower support on the NPR news and classical format stations has never really supported jazz in equal measure.

But jazz as an art form has existed for more than 100 years, and whether you are a musician, club owner, educator, magazine or radio station, it's never an easy road. But everyone involved with jazz is passionate and committed — including WDCB's staff and listeners — and Chicago is a great jazz city.

Q. You’re licensed to the College of DuPage, but you’re not a student radio station. What role does the college play in your operations?

A. We love our home at COD. But the college hasn't had a radio broadcasting program as such in a few decades, so WDCB today is a financially self-sufficient cultural outreach service of the college. About a third of our staff were COD students at one time, and we do have paid COD student aides that work with us during non-COVID times.

Q. How has the pandemic affected your programming and fundraising?

A. We were lucky to be well-positioned for an era of home offices and social distancing. Our support staff worked mostly from home and many of our volunteer music hosts learned to record shows from home. But our core on-air jazz staff stayed in the studios, live and in real time without resorting to voice tracks. We went through a lot of masks and wipes, but we safely operated with live hosts in the studio every day from March 2020 until now.

Our audience tells us the music along with that real live human companionship kept them "sane" in this crazy time period. Our underwriting sales took a hit, but we reached record fundraising levels from our individual donors two years in a row. The support from our listeners has been amazing!

Q. You’re currently tied for 33rd place, according to Nielsen Audio. Do the ratings matter to you?

A. No, WDCB's goal isn't to reach the largest possible audience at any cost. It is to serve the art form to a diverse audience and nurture the local music community while keeping expenses within our means and raising enough money through donations to pay the bills. Our latest cume was 138,000 — 33rd out of 66 measured stations — which is OK historically for WDCB. But the Nielsens are not nearly as important to us as they are to commercial stations.

During COVID, our Nielsen numbers took crazy up and down swings month to month, which don't reflect the reality we see in our other metrics. The actual daily web stream data and pledge-drive response are at all-time highs. In 2021, we had donors from 40 states and 10 countries around the world.

Q. What do you consider your most important achievement since you joined WDCB?

A. I'm lucky to have a staff of super dedicated music nuts that all bring their best every day. Overall, I'd say the biggest achievement since I started eight years ago is overcoming some unexpected challenges early on to get WDCB on solid financial footing while making us more relevant by deepening our connection to the local music scene with more in-person events and live broadcasts featuring our great local musicians.

WDCB was a really good station before I arrived, but I hope the audience can see and hear that our commitment to the art form itself and the community has grown even stronger over the last eight years.

Q. Of all the shows on WDCB, what’s your personal favorite?

A. I like every show we air, but I'd be lying if I didn't say the jazz and blues programs are closest to my heart. I really love that I get to listen all day long in the office to great hosts like Paul Abella, Leslie Keros and Bruce Oscar sharing their passion for jazz.

Q. When was the last time you hosted an air shift?

A. I was on the air twice this week. I don't have a regular air shift, sometimes I'll go a month without being on air and then I'll be on several times in one week. . . . I'm happy to be our back-up utility infielder. Every minute of being live on radio to spin jazz is a joy and definitely not a chore. I can't do it all the time, but it's one of the perks of my job.

Q. It's been quite a career so far, wouldn't you say?

A. I owe a lot of gratitude not only to all of the great people I get to work with at WDCB, but also to all of the radio and music people I've learned from along the way. I've been fortunate to work with some incredible radio folks over the last 33 years, met a lot of my musical heroes and got to be a fly on the wall to watch them all express their creativity close up. I love my job and wake up every day excited about what's ahead.

Can I give a shout-out to my parents? They weren't too sure if this radio thing was a good idea for a career but they cheered me on anyway. My mom miraculously raised six kids and my dad was a pharmacist, not a musician, but he turns 90 this year and is the hero of my life!

Q. What do you think you’d be doing now if you’d never gotten into radio?

A. Maybe working in a record store, writing about music or working in a nightclub? That or flipping hamburgers somewhere to pay the bills, I suppose. Those were really the only other paid jobs I've ever had since my college days. I've been lucky to stay employed in public radio pretty much non-stop since 1989. I love everything about radio and I have no musical talent myself, but being involved with music and serving in some way as an ally to the inspiring musicians who create it is always rewarding.

Thursday's comment of the day: Janet Davies: Like favorite teachers we had as children, good bosses are never forgotten. Emily [Barr] was one such boss; helping to develop and encourage growth plus sharing her wisdom. Emily’s leadership when at ABC7 was a true gift. I’m grateful to have worked with her for a large part of my career. This woman did not rise up the corporate ladder in sales but with various local broadcast jobs (she even edited!). That’s why she truly understood the business and those who toiled every day in front and back of the camera to bring you the news and good programming. Emily, you deserve all the fun, excitement and adventures you ever want.