Weekends won’t sound the same on WBBM Newsradio without the authoritative voice and impeccable delivery of Dave Marsett. After 20 years on Audacy all-news WBBM 780-AM/WCFS 105.9-FM the veteran anchorman called it a career Sunday. “It’s time for a change,” said Marsett, 74, on his retirement from radio as well as his other calling as an ordained minister. Marsett’s tenure as a fill-in news anchor at WBBM Newsradio followed a long run as news director at the former Satellite Music Network in Mokena and earlier stops in Buffalo, New York, and Columbus, Ohio, among other places. He began his career out of Adrian College in Adrian, Michigan. Colleagues hailed Marsett as “one of our steady, professional and enduring voices,” in the words of sports anchor Dave Kerner. 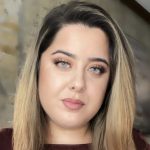 Asal Rezaei, who's been a reporter at Spectrum News (former Time Warner Cable) in Milwaukee, Wisconsin, and Greensboro/Winston/Salem, North Carolina, just joined CBS-owned WBBM-Channel 2. "This is a dream come true for me and I am so thrilled to be back in a city I consider home and know so well," Rezaei posted. "There's a lot of important work to do here and I couldn't be more grateful for this opportunity!" The Columbia College graduate and onetime production intern at Nexstar Media WGN-Channel 9 was born in Germany and raised in Iran, according to her bio. 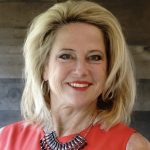 Teri Goudie and her team of international strategic communications specialists known as The Headliners share the insights and secrets they've learned about the business in The Leadership Renaissance: Blending the Art and Science of You in Five Simple Steps. (Here is the link.) Written with daughter Caylen Bufalino, Dave Heilman and Jim Hutchinson, the book is a timely and engaging guide to improving communications and presentation skills at all levels. Goudie is a former producer at ABC-owned WLS-Channel 7, where she met her husband, investigative reporter Chuck Goudie. They live in west suburban Hinsdale.

Say goodbye forever to "Chicagoland's Ethnic Voice." WCEV 1450-AM, the time-brokered ethnic and foreign-language station licensed to west suburban Cicero, has been off the air since 2020. Now comes word from the Federal Communications Commission that the station's broadcast license has been canceled and its call letters deleted. Migala Communications, which owned the station for 40 years, shared the frequency with Midway Broadcasting Spanish-language WRLL 1450-AM.

Monday’s comment of the day: Joan Pederson: Great move by [NBC 5 general manager] Kevin Cross bringing Steve Dolinsky back to Chicago airwaves. Having something positive to say about a decision by local media management is a pleasant departure from what we've grown accustomed to.