Legendary Chicago broadcasters Pam Zekman and Bob Sirott are being honored by the Better Business Bureau of Chicago and Northern Illinois for their great careers. Zekman, former investigative reporter for CBS-owned WBBM-Channel 2, the Chicago Tribune and the Sun-Times, will receive the 2021 James E. Baumhart Lifetime Achievement Award. Sirott, morning host at Nexstar Media Group news/talk WGN 720-AM, will receive the 2021 Diogenes Award for Excellence in Media. Both citations will be presented March 25 at the group's 94th annual meeting. Steve Bernas, president and CEO of the Better Business Bureau, said the two exemplify the agency's goals and principles "to support and foster an ethical marketplace benefiting both consumers and businesses." This year's virtual event will be emceed by Allison Rosati and Rob Stafford, news anchors at NBC-owned WMAQ-Channel 5. 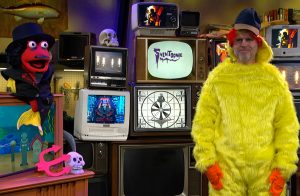 Toony as "Sventoonie" and Bill Leff as "Billwyn"

Look for the most bizarre mash-up yet on Thursday's episode of "Toon In With Me," the weekday morning cartoon and sketch-comedy show hosted by Bill Leff on MeTV. Toony, Leff's talking fish sidekick (voiced by Kevin Fleming), wants to do his own show and model it after "Svengoolie," MeTV's iconic horror-movie series hosted by Rich Koz. The surreal result is "Sventoonie" (with Leff in the role of "Billwyn" — a takeoff on Sven's wisecracking rubber-chicken puppet Kerwyn). Eventually Koz shows up as the real Sven and comes face to face with his would-be doppelganger. You can sort it out for yourself on "Toon In With Me" from 6 to 7 a.m. Thursday on MeTV. 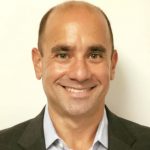 Adam Delevitt, former senior program director of ESPN sports/talk WMVP 1000-AM, has joined Kokomo Solutions, a Glenview-based computer software company focusing on workplace health and safety compliance. “Adam’s extensive accomplishments and leadership in the media sector, along with his vision and passion for developing programs that impact the public, especially in health and safety solution, makes him the perfect leader to build and lead this new norm era," said CEO Daniel Lee. The north suburban native and graduate of Maine East High School and Bradley University spent 21 years at ESPN 1000, where he rose from evening show producer to programming chief. 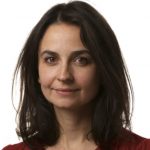 Alexia Elejalde-Ruiz, former business reporter for the Chicago Tribune, has joined the University of Chicago Booth School of Business as associate director of media relations and external communications at the Polsky Center of Entrepreneurship and Innovation. "Excited to learn all the new things!" she tweeted. Elejalde-Ruiz, who grew up in Washington, D.C., and graduated from Brown University, was a reporter for the Daily Herald and City News Service before joining the Tribune as a features reporter for RedEye in 2006. She left the Tribune in February.