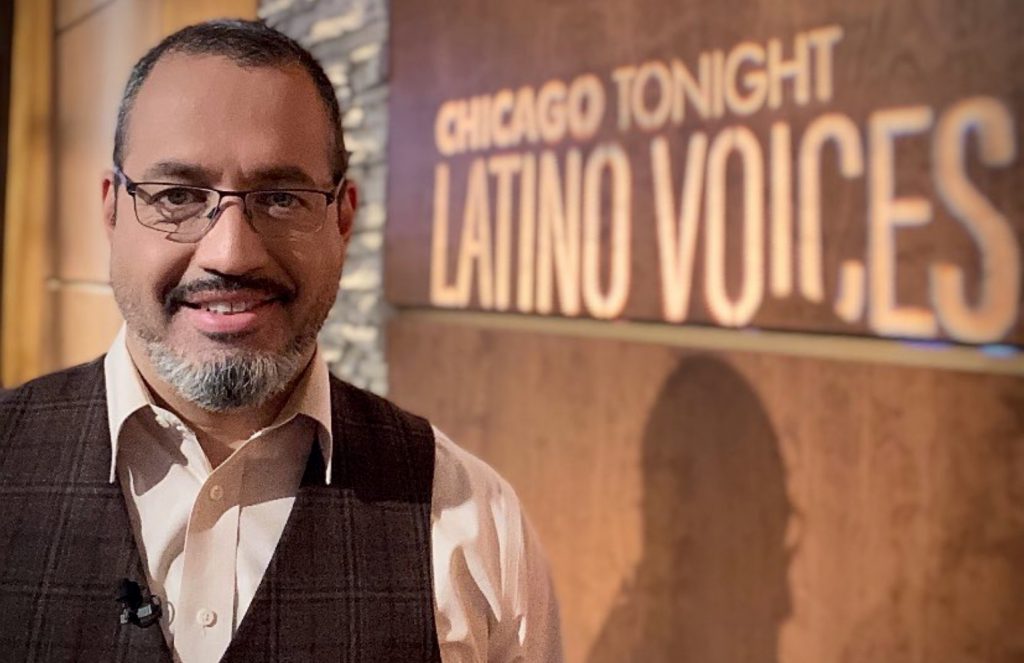 Hugo Balta, news director of WTTW-Channel 11 and executive producer of the nightly newscast “Chicago Tonight,” has been sidelined by his bosses for apparently sharing too much on social media.

Officials of parent company Window to the World Communications confirmed Thursday that Balta was placed on administrative leave but offered no further comment. Sources said he was under review for tweeting what were described as overtly political opinions and posting some odd Instagram videos of himself.

Balta, 50, is about to mark his first year as news chief of the public television station, where he also hosts the weekly show “Chicago Tonight: Latino Voices.”

“I am grateful for the time to consider personal matters,” Balta said in an emailed statement. “I anticipate a return to the newsroom in early March.”

Among posts mentioned were a video of Balta doing bare-chested push-ups and another of him dancing in his boxer shorts, a la Tom Cruise in "Risky Business." (Both have been taken down.)

That was followed by complaints from other employees about Balta's use of Twitter and Facebook to express political views and support for liberal candidates and causes. (Those also have been taken down.)

Staffers feared some of his posts could harm WTTW's reputation for credibility and integrity — a legacy of "Chicago Tonight" founding host John Callaway and all those who've followed.

News personnel at WTTW are governed by news standards, which state: "In order to avoid compromising our integrity or impartiality, our editorial staff members will not participate in, raise money for, or become identified with any outside organizations, boards, charities, partisan causes, political parties, products, services, or issues which we might normally cover as professional journalists.

"WTTW News editorial staff will not publicly identify with a candidate or cause in our 'off-time.' For example, staff will not make contributions to a political organization, sign a petition for a candidate or a controversial issue, disclose their political views on any social media, wear a campaign pin, display a political button or bumper sticker, or participate in a rally or demonstration."

Regarding social media, the policy states: "A blog or post should be based on fact that has been examined and reported and not merely a personal opinion. . . . Staff members are responsible for applying the same journalistic standards to anything they retweet or share on any social media platform, whether in a personal or company account."

Balta joined WTTW in January 2020 from MSNBC, where he oversaw editorial and production of weekend shows and was a member of the NBC/MSNBC editorial board. It marked his second stint at the network, following a run as news producer from 1999 to 2001.

Earlier Balta spent seven years at ESPN as senior director of multicultural content. He also worked as managing editor of WCBS, the CBS-owned station in New York, and vice president of news at WNJU, the Telemundo station serving New York.

A native of Paterson, New Jersey, Balta is a graduate of Seton Hall University and Columbia Journalism School. He served two terms as president of the National Association of Hispanic Journalists.

Thursday's comment of the day: Jon Passman: The Tribune says they'll still post mug shots "when a crime is especially high-profile." How often is the Tribune posting articles (and pictures) of crimes that aren't "high profile"? Even with their massive budget cutbacks the last few years, the Trib wasn't exactly in the business of posting the mug shots of every arrested criminal who allegedly tried to stick up a corner store. Seems to me that whether you think this is the right thing to do or political correctness run amok, it really isn't going to make any difference. If your crime was big enough to make the Tribune in 2021 or beyond, it's going to be high profile.